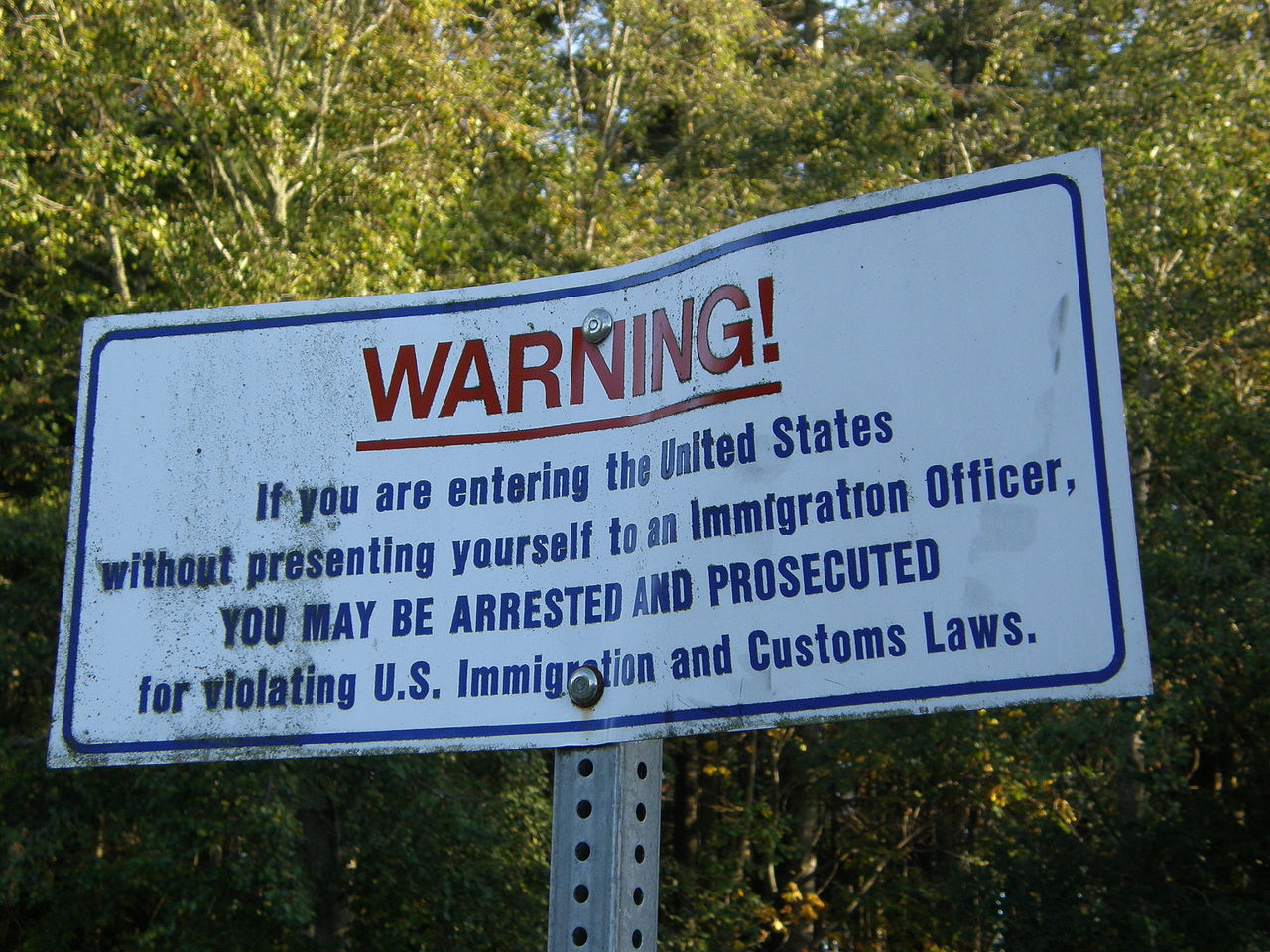 testified as to the current state of the U.S. Customs and Border Protection for a Senate Committee on Homeland Security and Governmental Affairs. The purpose of this testimony was to provide U.S. Senators with a frontline perspective on the current state of U.S. Border Security. As you may remember, the gang of eight Senators, including four Republican and four Democratic Senators, are expected to announce an immigration reform bill by the end of this week. One of the pillars of their bill is expected to include a pathway to citizenship for current undocumented immigrants, however this pathway to citizenship will likely be dependent on increased border security. Therefore, the current state of border security will likely be widely debated and discussed, especially if an immigration reform bill is announced at the end of this week.

What is Needed to Secure Our Borders

U.S. Customs and Border Protection’s visibility is provided through border surveillance technology, personnel and air and marine assets, while their ability to respond is also supported by a mix of these same resources.

The Past 10 Years – The Growth of Resources on the Borders

10 Years Ago versus Today:

The CBPOs and agricultural specialists help facilitate $2.3 trillion in trade in Fiscal Year (FY) 2012 and welcomed 98 million air travelers, a 12% increase since FY 2009.

RESULT: CBP has the capacity to scan 99% of all containerized cargo is seaports and 100% of passengers and cargo vehicles at land borders for radiological and nuclear materials upon arrival in the U.S.

WHTI & RFID: Similarly, the implementation of Western Hemisphere Travel Initiative (WHTI) has resulted in more than 19 million individuals obtained Radio Frequency Identification (RFID) technology-enabled secure travel documents. RFID documents are more secure because they can be verified electronically in real-time back to the issuing authority, to establish identity and citizenship; they also reduce the average vehicle processing time by 20%.

RESULT: RFID-enabled secure travel documents have increased CBP’s capability to enforce national law query rate, including the terrorist watch list, to more than 98%. In comparison, in 2005, CBP performed law enforcement queries in land border environments for only 5% of travelers.

Beyond Land Borders: CBP not only supports security efforts along 7,000 miles of land border, but also supplements support along the Nation’s 95,000 miles of coastal shoreline. With the help of the Office and Air and Marine (OAM), CBP has 269 aircraft, including 10 Unmanned Aircraft Systems (UAS), and 293 patrol and interdiction vessels that provide critical aerial and maritime surveillance and operational assistance to the personnel on the ground.

Although both enforcement statistics and economic indicators are important, neither can be solely relied on as indicators of border security. No one metric can be used to determine the true state of security along the border.

Safer U.S.: Other indicators of success include, that crimes of violence in the Southwest Border States have dropped an average of 40% in the last two decades according to FBI crime reports. In FY 2012, more than $176 billion in goods entered the Southwestern border cities, such as Laredo and El Paso, compared to $160 billion in FY 2011. Forbes even ranked Tucson, Arizona, a community located along the Arizona-Mexico border one of the most desirable places to live in the nation, stating in April 2012 it was one of the “Best Cities to Buy a Home Right Now” and in February 2012, in Tucson Association of Realtors reported that the total number of home sales were up 16% from the same month the previous year.

RESULT: In 2011, secure international travel contributed to overseas travelers spending $153 billion in the U.S. – an average of $4,300 each – resulting in a $43 billion travel and tourism trade surplus. In addition, there was a promotion of a 5% growth in import values reaching $2.3 trillion in FY 202 and is expected to exceed previous records, in the air, land and sea environment this year.

Securing Air Travel: The current volume of air travelers to the U.S. increased by 12% from 2009 to 2012 and is projected to increase 4 to 5% each year for the next five years. To ensure air travel security, CBP requires a traveler to provide his or her advance travel information to the CBP prior to his or her departure via the Electronic System for Travel Authorization for those traveling under the Visa Waiver Program, or as part of the inter-agency collaborative effort to adjudicate and continuously vet visas.

Efficiency of Air Travel: CBP also works with business innovations and enhanced partnerships with private industry to help lead to expansion of Trusted Traveler Programs like Global Entry. More than 1.7 million people, including more than 414,000 new members this fiscal year, have enrolled in the Trusted Traveler Program, which allows expedited clearance to pre-approved, low-risk air travelers upon arrival in the U.S. CBP and TSA collaborate to efficiently serve the traveling public, including TSA’s PreCheck program which automatically extends eligibility to current US. Citizen members of the CBP’s Trusted Travelers Program. This partnership enables TSA to extend expedited screening benefits for these qualifying trusted travelers, and allows TSA to focus on security and unknown risks..

The U.S. is the world’s largest importer and exporter of goods and services. CBP assesses the risk of cargo bound for the U.S., whether by air, land or sea, at the earliest point of transit.

By Sea: CBP receives advanced shipment information for all cargo traveling by sea allowing CBP to assess risk of cargo before it reaches a POE. Since 2009, The Importer Security Filing (ISF) and the Additional Carrier Requirements regulation require an importer to supply CBP with an electronically filed ISF consisting of advance data elements 24 hours prior to the cargo shipment’s arrival into the U.S. by vessel.

Foreign Ports: Finally, CBP has presence in foreign ports to add another layer of secure to cargo bound for the U.S. CBP works with the Container Security Initiative (CSI) to perform pre-screening of containers before the containers are placed in the U.S.-bound vessels. With the help of host countries, high-risk cargo is examined prior to lading in on a vessel destined to the U.S. Additionally, CBP screens 100% of all cargo manifests prior to arrival in the U.S. either through CSI locations or at the domestic port of entry for cargo that does not pass through a CSI port

Securing the Source and Transit Zones

Since 1988, CBP Office of Air and Marine (OAM) and the former U.S. Customs Service, has provided Detection and Monitoring capabilities for the Source and Transit Zone mission. The CBP OAM P-3 Orion Long Range Tracker (LRT) and the Airborne Early Warning (AEW) aircraft provide air and maritime surveillance, detecting suspect smugglers who are use a variety of conveyances.