Texas has a specific offense of intoxication manslaughter used when drunk drivers kill. It can carry a very heavy sentence. Last year, a former stripper was sentenced to 32 years in prison over a cop’s DWI death.

Williemsen, a former assistant principal of a school, left work at a strip club when she crashed head-on into a cruiser driven by Pearland Police officer Endy Ekpanya on East Broadway Street in Pearland while drunk.

The mother of two got drunk during her seven-hour shift at a strip club off the Gulf Freeway just before the wreck, prosecutors said. Police said her blood alcohol content level was measured at .162 which is twice the legal limit to drive. 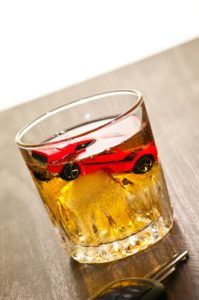 Amber Willemsen told a friend in jail she consumed a few drinks on the night of the accident. According to evidence presented to the court, she clearly remembered everything that happened.

News reports said she drank vodka from a bottle in a parking lot the night she hit the police officer.

The impact of the crash crushed the driver’s side of Ekpanya’s car. He was extracted from the vehicle but died on the way to the hospital.

Harris County court records showed Willemsen was out on bond for a charge for possession of methamphetamine at the time of the crash. She received probation in October 2012 for driving while intoxicated.

Media reports noted Willemsen worked as an assistant principal at Bauerschlag Elementary before she became a stripper. She resigned in May 2012.

Texas is unusual among states in having an intoxication manslaughter crime on its books we noted last year.

The law requires the prosecution to prove your intoxicated driving caused the fatal crash. Intoxication manslaughter in Texas is a second-degree felony that carries a sentence of 2 to 20 years in prison and a $10,000 fine.

If you have been charged with this serious crime, our Texas criminal defense lawyers would like to hear from you. Call us at (512) 399-2311.