For many years, same-sex couples could not seek a fiancé visa or an adjustment of status through marriage, even if their marriage was legally performed within a U.S. state that recognized their marriage. Several months ago, however, the U.S. Supreme Court struck down the federal Defense of Marriage Act (DOMA), changing the rules for immigration and other benefits for same-sex couples at the federal level and leaving many people seeking the help of an experienced Austin, Texas immigration law firm. 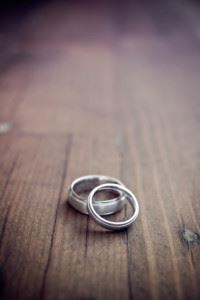 In the wake of the Supreme Court’s decision putting an end to DOMA, federal government agencies across the board are changing their operations so that same-sex couples can receive federal benefits on the same basis as other couples. One of the agencies that is making these changes is the U.S. Customs and Immigration Service (USCIS), which has begun recognizing applications for fiancé visas and for an adjustment of status through marriage from same-sex couples on the same basis it has recognized these applications from other couples.

Although the USCIS notes on its website that it is still readjusting its processes in order to be able to handle the increased number of marriage-related immigration applications it receives, the agency notes that same-sex couples should apply as soon as possible if one of the spouses will need a fiancé visa or a green card based on the marriage.

Same-sex couples may apply if they are married or plan to be married in a state that legally recognizes their marriage. At Peek & Toland, LLP, we understand that although Texas is not such a state, a couple may be able to marry in another state and live in Texas. If you have questions, speak to an experienced immigration attorney at our law firm as soon as possible.