Everyone arrested in Texas has to be magistrated by a judge. This is a right provided for by the Constitution and the actual Code of Criminal Procedure. “Magistration” is the process in which a judge informs the accused what he has been charged with by the arresting officer, the legal rights to which the individual has, and the amount at which the judge has decided to set his bond. 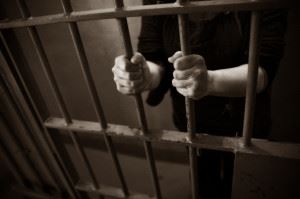 A police officer in Texas has to file a probable cause affidavit (aka P.C. Affidavit) in which he justifies the legal reason (called probable cause) he had to believe a crime had been committed or was about to be committed. The Magistrate (judge) then reviews this arrest affidavit to verify that it meets the legal standard for being a legal arrest (finding there was probable cause to make the arrest). If the judge agrees the officer had probable cause, the judge will sign the affidavit agreeing it meets to the legal standard for the criminal case to proceed. At this point the arrest has been upheld but no charges have been formally filed. Charges are filed either by the prosecutor filing a charging document called an information or by the prosecutor indicting the accused.

Anyone charged with a crime in Texas should have an experienced Austin criminal defense attorney to represent them as soon after the arrest is made as possible. A skilled lawyer may be able to convince the magistrate that no probable cause existed, or could possibly help prevent a costly bail amount and beginning working on a successful case from the very beginning. This attorney can also help the accused get release on bond as soon as possible.

If you are being arrested, know that Texas courts consider five main things when setting the amount of bail:

There are 4 types of bonds one may potentially seek:

The best advice is to immediately call an experienced criminal defense attorney like those at Peek Law Group before doing anything else so that we can advise you on the fastest way to be released as well as protect your rights from the beginning.