The White House has announced that President Obama will address the nation to reveal the executive actions he plans to take to fix the U.S. immigration system. The address will be televised and broadcast online via WhiteHouse.gov at 7pm Central Standard Time November 20. 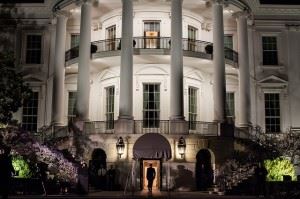 The address will finally shed light on the reform millions of immigrants have been looking forward to since the President promised to make sweeping changes two years ago during his bid for reelection. By taking executive action, the President plans to initiate a number of comprehensive changes that will give millions of immigrants living in the country illegally a legal way to live and work in the country – without fear.

It is expected the President will expand the Deferred Action for Childhood Arrivals program that was introduced in 2012 to also include the parents of the qualifying children. The expansion would protect up to five million undocumented immigrants.

“Everybody agrees that our immigration system is broken,” the President said via Facebook. “Unfortunately, Washington has allowed the problem to fester for too long.”

The President will also explain is legal authority for enacting unilateral changes to the immigration system during his address, despite objections from GOP critics.

The immigration attorneys at Peek Law Group eagerly await the President’s announcement and the promising changes that are sure to come to our nation’s immigration system. For trusted legal guidance and representation regarding any immigration matter, please contact our office. We are more than happy to help you find the answers you need and the solutions you can rely on.