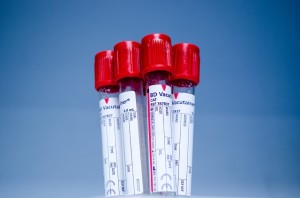 An Austin woman has sued the city and Travis County, claiming they violated her civil rights while administering a blood draw, according to a report by Statesman.

The lawsuit states that on February of 2013, the woman, who was 24-years-old at the time, refused to take a breath test after she was pulled over for allegedly running two red lights. The affidavit for her arrest states that she exhibited signs of alcohol consumption and failed a field sobriety test.

In response to the woman’s refusal of the breath test, police escorted her to a small padded room where they restrained her in a chair. After receiving a warrant, they had a nurse attempt to draw her blood. However, she would not remain still, so the jail staff used pressure points in the jaw area to control her.

According to the lawsuit, the woman suffered nerve damage and post-traumatic stress disorder as a result of the actions of the city police, Travis County sheriff’s deputies, and the nurse. The lawsuit also alleges that the woman suffers from anxiety disorder, which would explain why she could not remain still while the blood draw was being administered.

Her criminal case involving driving while intoxicated (DWI) and possession of marijuana is still pending in county court.

In the United States, everyone, including suspected criminals, have certain rights under the law. Any violation of these rights can result in a lawsuit against the offending parties and, in a criminal case, dropped charges.

If you believe your rights were violated in the process of your DWI arrest in Texas, please contact the experienced criminal defense attorneys at Peek Law Group . We can provide you with the quality legal representation you need to protect your rights and your freedom.