The Supreme Court is to decide whether immigrants who have been held in detention for at least six months awaiting deportation proceedings should be granted bail hearings.

The case of Jennings v Rodriguez will be held during the next term of the Supreme Court, which gets underway in October. 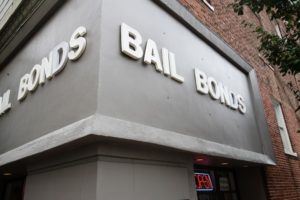 The justices will consider a federal appeals court decision that held immigrants in custody were entitled to a bond hearing after six months as well as every six months afterward.

The case of Jennings v. Rodriguez is also likely to consider when immigrants accused of having ties to terrorism should be released if the authorities are facing difficulties deporting them.

In 2001, the Supreme Court ruled that immigrants who are facing deportation from the country should usually be held no more than six months in custody. However, the justices alluded to special circumstances, such as when immigrants pose a perceived threat to national security when some immigrants could be incarcerated for longer terms.

As experienced Texas bond lawyers, Peek Law Group , have years of background in jail release issues which we combine with our immigration practice. It’s important to know your rights about how long you can be held in detention if you are facing deportation.

The American Civil Liberties Uni on has accused the Justice Department of understating the time immigrants are held to bolster its case before a previous case more than a decade ago.

The Supreme Court case of Demore v. Kim in 2003, upheld by 5-4 the controversial government practice of holding immigrants without bail, even U.S. residents who hold green cards who face deportation if they commit a crime.

The majority opinion relied on figures that showed the average detention was 47 days, while about 15 percent of immigrants who appealed their deportation orders had been detained for more than four months.

The ACLU disputed the figures that were provided by the Executive Office for Immigration Review. It argued the real number was 65 days after filing a Freedom of Information Act request.

The forthcoming case is important because a system that can hold immigrants for months on end without a bond hearing is a demoralizing one for immigrant families. Clear rules are needed to prevent abuse.

Please contact us today to find out more about our legal services and how we can help immigrants who are facing deportation to fight for bail hearings as well as cancellation of removal.