A jury in Dallas recently sentenced a teenager to 38 years in prison for the murder of an Iraqi immigrant as he went outside to take pictures of the first snow he had ever seen.

It was a crime that shocked the city of Dallas and one that appeared to demonstrate some of the hostility immigrants to the United States face.

However, prosecutors decided the killing was not a hate crime. 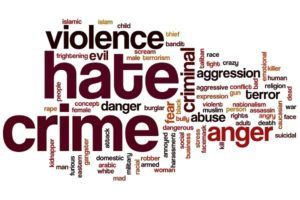 A jury in Dallas convicted Nykerion Nealon, 19, of fatally shooting 36-year-old Ahmed al-Jumaili, in March 2015, reported Reuters. The Iraqi immigrant was standing in the parking lot of his apartment complex taking pictures of snow at the time. Murder is defined under Chapter 19 of the Texas Penal Code which we detail here.

The killing came just three weeks after the Iraqi arrived in the United States. Although the homicide was initially investigated as a hate crime, the authorities later concluded that Nealon did not know al-Jumaili’s ethnicity and may have killed him in retaliation for a shooting at his girlfriend’s apartment.

Nealon was 17 years old at the time of the killing. He ended up firing 14 rounds from an assault rifle. One of them struck al-Jumaili in the chest.

Advocates for immigrants said the crime illustrated some of the dangers newcomers face in the United States. Alia Salem, executive director of the Dallas branch of the Council on American-Islamic Relations said:

“Coming to this country for a new start, only to have it stripped away from them in such a horrible fashion, has been unimaginable.”

Hate crimes in Texas are defined in The Texas Hate Crimes Act, Chapter 411.046 of the Texas Government Code.

These are crimes that are defined as “motivated by prejudice, hatred, or advocacy of violence.” Typically these are crimes in which the offender demonstrates prejudice based on race, religion or sexual orientation.

The Texas Department of Public Safety recorded 243 hate crimes in the state in 2007. Race forms the largest proportion of these crimes – more than 50 percent – and the highest number are anti-black.

Hate crimes against Muslims rose dramatically after the terrorist attacks of Sept. 11, 2001 and also rose after 2009, according to Scripps Howard Foundation Wire.

There can often be a gray area between a crime of violence and a hate crime. In some cases prosecutors will wrongly label an offense a hate crime.

If you are charged with an offense of this nature, it’s important to contact an experienced Austin criminal defense lawyer as soon as possible. Call us today at (512) 399-2311.