Two Salvadorian nationals in Texas have been convicted of unlawfully hiring undocumented workers for jobs at a waste disposal company.

The pair were convicted earlier this year of conspiring to employ undocumented workers and encouraging them to live in the United States.

A federal jury in Houston convicted Israel Arquimides Martinez, 44 and Rudy Alexander Martinez, 36, of a conspiracy to employ 10 or more undocumented workers over a year. At the conclusion of a two-week trial, both men were also convicted of inducing and encouraging the undocumented workers to reside in the United States as well as conspiracy and aggravated identity theft. 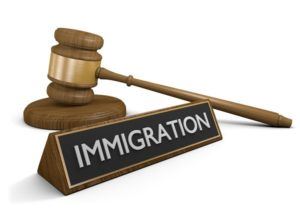 The U.S. Department of Justice stated in a press release that the defendants worked in Houston for a waste disposal company. Rudy Martinez was a company’s commercial route manager, while Israel Martinez worked as the residential operations lead driver. A federal investigation found that from the end of July 30, 2008, until April 2012, the two men conspired to hire and continued to employ undocumented immigrants who they knew could not legally work in the U.S.

Our Austin-based criminal defense attorneys represent many clients who are charged with federal offenses such as immigration fraud and hiring undocumented workers. These offenses carry stiff penalties.

The Department of Justice recently increased fines for companies found to be hiring undocumented workers. However, the penalties are harsher when a firm is accused of employing 10 or more undocumented immigrants at one time.

Federal law says employers must only hire only U.S. citizens and aliens who are authorized to work in the United States. Prosecutors said Israel and Rudy Martinez hired manual laborers and paid little regard to the legality of their work status.  Even after internal audits were carried out, the DoJ alleged they failed to take corrective measures to make sure the employer was hiring workers who were authorized to work in the United States. Even after they received information from the immigrants themselves that they were undocumented, they continued to employ them, the DoJ stated.

Rudy and Israel Martinez encouraged the undocumented workers to obtain false documentation and assigned false identities to them. In some cases, they also provided them with employment documents related to the false identity the workers assumed so they could remain employed as helpers at the waste disposal company’s Houston location.

The men face up to 10 years in prison and a possible $250,000 fine conspiracy to encourage and induce the migrants to live in the United States. They could face a further $250,000 fine and five years in prison for unlawfully employing workers who lacked documentation. Their conviction for aggravated identity theft carries a mandatory sentence of two years to be served consecutively to any other prison term imposed.

This case highlights the dire consequences you can face for hiring undocumented workers. These cases are not always cut and dry, and there may be mitigating circumstances. If you are facing immigration offenses it’s important to hire a Texas family immigration and criminal defense attorney as soon as possible. Call us at (512) 399-2311.