The Harris County Jail in Houston is the largest in Texas and the third largest in the country. A recent report suggests its population is over-inflated because it’s jailing people who are in a poverty trap.

A recent article in Think Progress makes for alarming reading. It details how the jail is the subject of a lawsuit brought by individuals who claim it is detaining people who are too poor to pay bail without bothering to assess whether they can afford it. 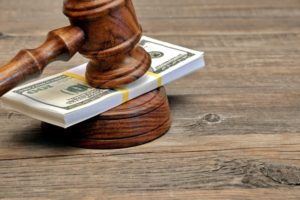 As Texas criminal defense attorneys who work hard for the jail release of our clients, we are alarmed to read about these potentially unconstitutional practices.

One of the inmates who filed a lawsuit against Harris County Jail is Maranda Lynn O’Donnell. Her crime was of a minor nature.  She was arrested for allegedly driving with an invalid license a few months ago. She said that arrest led her to be incarcerated for two days at the jail, removing her from her four-year-old daughter and her new job at a restaurant.

She would have been able to leave the jail immediately if she had more money. As it was, her poverty kept her behind bars, reported Think Progress. This was not an isolated case.

Poverty and the Harris County Jail

The article also cited the case of 26-year-old Robert Ryan Ford, a young man with no job and no bank account who was told he had to pay $5,000 to get out following his arrest on May 18.

The Think Progress article said as many as 77 percent of inmates are in the jail because they can’t afford to pay bail of $5,000 or even less. Alarmingly, in the six years from 2009 to 2015, 55 people died in the Harris County Jail because they could not afford bail.

Often those who remain inside have not considered hiring a bail bond lawyer. However, an attorney can be a key figure in securing your release.

Securing bail depends on factors including the severity of the crime, safety of victims and the community, and the ability of the accused to make the bail. It seems that defendants who are accused of relatively minor crimes and are not a danger to the public are being held for unacceptably long periods in the Harris County Jail.

If you are seeking a bail bond attorney in Houston, Austin or elsewhere in Texas, you should contact us today for a consultation.