Some of the saddest stories of deportation we see as Texas immigration attorneys concern those young people who arrive from Central America in the hope of a better life in the US only to be subsequently deported.

The wave of young people from Central America is a relatively new phenomenon. In 2014, violence and an upsurge of gang activity in countries like El Salvador and Honduras led to a migration of thousands of young people. 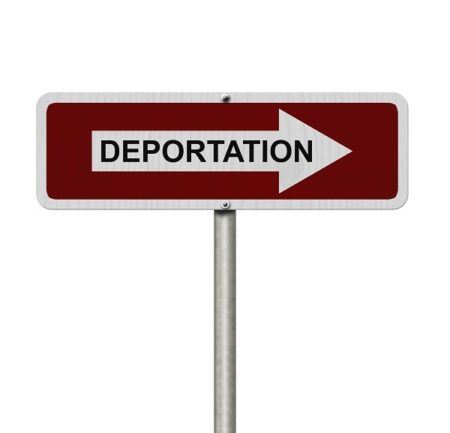 In a report, Center for American Progress noted how by July 2014, more than 57,000 children had arrived in the United States. It was a figure that was twice as high as the number of kids who reached the border in 2013. Many of them were alone.

The report noted that most of the unaccompanied children and families had started their long and dangerous journeys in part of Central America dubbed the “Northern Triangle,” where a combination of soaring levels of violence, gang activity, and poor economic conditions prevail.

Recently, the Citizen-Times described the plight of Elmer Reynoso-Reynoso, a former student from Asheville in North Carolina who was held in the Irwin County Detention Center in Ocilla, Georgia

The report said he arrived in the United States two years ago as an unaccompanied minor. As many as 2,000 young people from Central America arrived in North Carolina alone around the same time.

Although the authorities said there is no reason to think Reynoso-Reynoso is a threat to public safety, and he recently became a father, he was picked up for missing a court hearing and hit with an order for removal.

Like many other migrants, he is in limbo. The backlog that’s faced by the immigration courts means it can take years to process the young people. Minors who have relatives in the United States are reunited with family while they wait for a hearing. Others are placed in detention centers and other temporary accommodations.

In 2015, along as many as 33,700 unaccompanied young people from Central America were placed in the custody of the U.S. Department of Health and Human Services Office of Refugee Resettlement.

Thousands of young people pay large sums of money and face many dangers to come to the U.S. However, they believe the risks are worth taking. The Citizen-Times interviewed Fatima Aguilar, Reynoso-Reynoso’s girlfriend, who is the mother of his child.

She made the hazardous journey from El Salvador as an unaccompanied minor at the age of 14 in 2014, facing severe heat under a car seat.

She said there are many more opportunities for Central American migrants in the United States.

Our Texas immigration attorneys have recorded a number of successes in cancellation of removal cases for immigrants from Latin America. In many cases, these migrants have few resources and can’t speak English.

Our bilingual attorneys can help you through every stage of fighting deportation. We realize it seems daunting at first, but we take over the burden of fighting your case. Call us today for a consultation at (512) 359-3362.