The EB-5 investor visa program has attracted plenty of criticism amid claims overseas investors have gone to the wall. It has also been investigated for fraud.

However, the problems with the program were not serious enough to prevent Congress extending it until December 9, 2016.

A recent article in Forbes pointed out some of the successes of the program, notwithstanding the bad publicity. 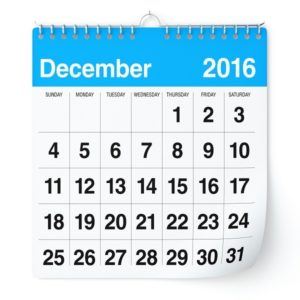 The EB-5 Investor Program has been extended until December

The article pointed out wealthy foreign investors — predominantly from China — are stumping up at least $500,000 each to rebuild dilapidated urban areas and create employment.

The article pointed out it’s a win-win. In return for their investment the foreign nationals get a green card. Their spouses and children under 21 also qualify.

The extension to the program was signed into law on Sept. 28 by President Barack Obama.

The EB-5 Visa program is administered by the United States Citizenship and Immigration Services department. UCSIS processes the applications and decides which investors get into the United States. China accounts for as many as four out of five EB-5 investor visas.

You can read more about immigrant investor visas here. Businesses are considered a new commercial enterprise under the EB-5 program. They must be for-profit and owned by a sole proprietor, a holding company, a partnership, a business trust or a joint venture

There are a series of requirements to apply under the EB-5 Investor Visa Program. These are related to investment levels and job creation.

You are a job creator

To qualify for an EB-5 investor visa your enterprise must create or keep at least 10 full-time jobs for U.S. workers within two years. These can be direct jobs from the injection of capital or indirect jobs that resulted from money flowing from the initial investment.

You are a Capital Investor

You can provide cash, inventory or other collateral to qualify for an EB-5 visa.

Only applicants who have invested in excess of $1 million of money that is not borrowed will be considered for a visa. However, capital investors qualify if they instead invest at least $500,000 in a deprived area or one with high unemployment.

If you are an investor who is seeking to use this program in Texas, you should be aware of its complexities. There are series of potential pitfalls. An experienced EB-5 attorney can help you apply. Call us at (512) 399-2311.