Drug possession may not be punished as harshly as drug trafficking but the number of people charged with these offenses at a federal level has risen exponentially over the last few years.

The trend prompted a report that was published by the United States Sentencing Commission in September.

The research noted the number of federal offenders whose most serious offense was simple drug possession rose nearly 400 percent during the years from 2008 to 2013. 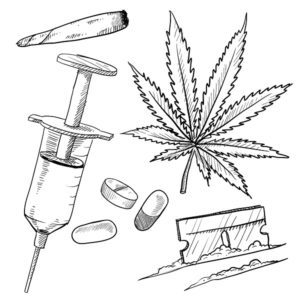 The trend is of interest. When offenses fall under the federal system, the penalties are typically higher. The study by the United States Sentencing Commission nixed the notion that federal enforcement officers had increased their focus on drug possession offenses.

The study found the rise was almost entirely accounted for by the use of marijuana.

The increase in possession cases was fuelled by arrests at the US/Mexico border, predominantly in Arizona.

In the case of people arrested away from the border zone for the possession of marijuana, the median quantity of the drug recovered was 0.2 ounces.

In contrast, the people arrested for possession of marijuana offenders at the border possessed a median quantity of 776.0 ounces — an amount that appeared to be way in excess of a personal use quantity.

In order to prove drug possession, a prosecutor must prove your possession of certain unlawful drug violates federal and state laws. Prosecutors have to be able to prove beyond any reasonable doubt that the person who was arrested was aware the drug was a controlled substance. He or she must have knowingly had possession of the drug or control of it.

Crimes of simple possession carry a lower sentence than possession with intent to distribute. However, in the cases highlighted at the border there’s clearly a question about whether this marijuana was for personal use.

At Peek Law Group , our Austin criminal drug defense lawyers help people who are charged with drug possession. There are five groups of drugs in Texas. The seriousness of a sentence will depend on what narcotic you are accused of possessing.

The five categories are Group 1, Group 1A, Group 2, Group 3 and Group 4. The penalties for possession of these narcotics range from one year incarceration and a fine of $4,000 to life imprisonment and $250,000 fine.

If you have been charged with any drug offense in or around Austin it’s important to hire a criminal defense lawyer from the outset before the prosecution builds on its case against you. Call us at  (512) 399-2311.