Judges in two court systems have been accused of depriving immigrant children of their right to asylum.

An article in Immigration Daily claimed several judges in Atlanta in Georgia and Charlotte in North Carolina, were knowingly depriving young immigrants who lack legal representation of their rights to apply for asylum or Special Immigrant Juvenile Status. 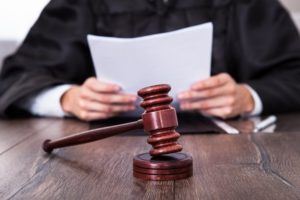 judges have been accused of denying immigrant children their asylum rights

There are legal calls to investigate and suspend four immigration judges. The article called for a review of the record of proceedings related to all unaccompanied minors as well as adults with children who were deported by the immigration judges since 2014.

The article cited a case presided over by Immigration Judge V. Stuart Couch in October 2015. It claimed the judge deprived an unrepresented mother and two minor children of their right to apply for asylum. The family was instead removed.

In 2016, the Board of Immigration Appeals said the family should be given the opportunity to apply for asylum withholding of removal, as well as protection under the Convention Against Torture.

The issue of asylum has come to the fore with young undocumented immigrants from Central America.

There has been a flood of these migrants over the last few years. Most of them have come from El Salvador, Guatemala and Honduras. Often children made the hazardous journey to the United States alone, escaping extreme poverty and an upsurge in gang violence.

In July, the government announced an expansion to the asylum program for some of these immigrants. The announcement by the Obama administration was cheered by parents who help their children escape the crisis in Central America.

Amy Pope, the deputy White House homeland security adviser, admitted the government’s efforts to date had proved unequal to the scale of the problem.

It has since announced changes to give parents a more scope to start the asylum process for their children in their Central America countries, while helping keeping them out of the hands of unscrupulous smugglers.

The government announced more people would be employed at U.S. embassies. They would accept asylum applications and screen applicants. Reports stated, Costa Rica agreed to be a temporary host nation for people who are waiting for their applications to be processed.

At Peek Law Group our caring Texas asylum attorneys can help you with your application. Contact us at  (512) 399-2311.