Our Austin immigration attorneys often hear arguments that immigrants are taking jobs from local people and causing chaos in the economy. However, a recent study suggests otherwise and points out immigration is vital for economic growth.

The importance of immigrants to the economic growth of America was the conclusion of the report on The Economic and Fiscal Consequences of Immigration from the National Academy of Sciences (NAS). 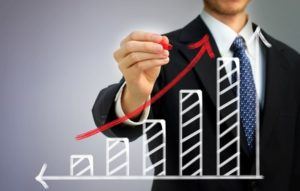 Some of the key recommendations of the study were as follows.

When quantified over a decade or longer, the effect of immigration on the salaries of locally born workers is insignificant. Negative impacts are more likely to impact previous immigrants or native-born workers with a low level of skills.

Some evidence suggests an influx of skilled migrants may have a positive impact on wages for native-born workers.

There is little evidence that immigration impacts the levels of employment of American-born workers. However, immigration may affect the number of hours worked by native teens.

Immigration has a beneficial impact on the economic growth of the United States in the long term.

The study found some countries with little immigration are suffering. Japan is not known for its welcoming attitude to immigrants. It’s also facing a demographic and an economic crisis. Its problems include deflation and a lack of workers.

The National Academy of Sciences study found a supply of immigrants, human and physical capital, innovation and entrepreneurship are vital to sustained economic growth.

The value of immigrant entrepreneurship is made clear in a recent National Foundation for American Policy study. It looked at 87 startup companies valued at $1 billion or more. More than 50 percent of the firms had at least one immigrant founder. The article pointed out the companies are worth $168 billion, almost half of the total value of the stock markets of Mexico and Russia.

If you are a foreign investor who is seeking to set up a company on Texas or if you believe workers from another country could help you we’d like to hear from you. Contact our Austin immigration lawyers at (512) 399-2311.