The last chance for sweeping immigration reform during President Obama’s term passed in October. That’s when the Supreme Court declined to reconsider an executive order on deferred action that would have protected millions of immigrants. 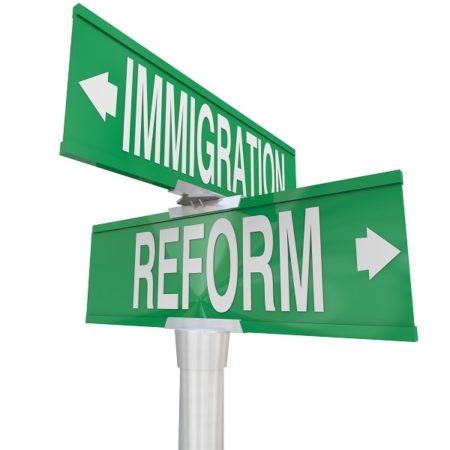 The Supreme Court’s 4-4 tie on deferred action in June was a disappointing blow to the administration’s key immigration reform.

The stalemate at the nation’s highest court effectively killed the White House’s plans to protect millions of undocumented immigrants and give them work permits. The court has lacked a justice since the death of Justice Antonin Scalia earlier this year.

The Obama administration asked the court to look again at the case when a ninth justice is on the bench.

The impasse was ongoing until after the presidential election. President Obama nominated Judge Merrick Garland. However, the majority Senate Republicans refused to act, saying the next president should nominate the justice for the Scalia seat.

The immigration case could return to the nation’s highest court but it would not be until a later term.

The deferred action case covers the expansion of Obama’s program. It does not impact immigrants covered by Obama’s 2012 Deferred Action for Childhood Arrivals (DACA). That initiative benefits some undocumented immigrants who were brought into the United States as a child.

The case impacts people who would have been covered under the 2014 expansion of DACA. It also impacts a new program, Deferred Action for Parents of Americans. DAPA applies to immigrants lacking documentation who have minor children who are citizens or permanent residents.

Deferred action gives immigrants greater stability. It would temporarily shield undocumented immigrants, giving them a Social Security number and permission to work in the United States.

How Many Immigrants Would be Protected by Deferred Action?

A report in Vox said about 4.5 million immigrants would be protected by the expansion of deferred action.

The program divided the candidates during the presidential election. Republican nominee Donald Trump supported the deportation of undocumented immigrants. Hillary Clinton, the Democratic candidate, vowed to expand the immigration reforms further than Obama.

Aside from the political posturing, the impasse has caused considerable stress and misery for immigrants. If you are an undocumented immigrant whose child is a citizen through birth, there’s an understandable fear that you’ll be separated. Deferred action was a step in the right direction.

If you are facing an immigration issue and need assistance, call our family immigration team in Austin and the surrounding areas at (512) 399-2311.