Domestic violence against women is spiking in Texas. A report released in the fall revealed it claimed its highest number of victims in more than a decade.

A report from the Round Rock-based Texas Council on Family Violence revealed 157 women were killed in the state in domestic violence scenarios last year. The figure was a 20 percent hike on 2014.

The figure marked the highest tally of domestic violence deaths in 25 years of annual reports from the council. 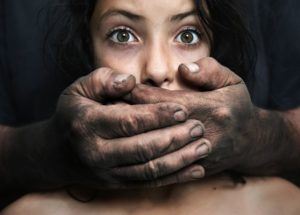 Domestic violence is increasing in Texas

During Domestic Violence Awareness Month in October, the TV station KXAN published some warning signs that you may be a victim of domestic violence. They include:

Texas Council on Family Violence released its report at an event in Round Rock to highlight the increase in domestic violence related deaths in the Austin area and further afield.

Counties that recorded an upsurge in deaths linked to family violence included Travis, Bastrop and Williamson.

The upsurge in violence among families came at the same time as a rise in gun crime.

The federal prohibition on gun ownership by people with a domestic violence conviction was upheld by the U.S. Supreme Court this year.

Many states like Texas have passed their own legislation to supplement the federal prohibition.

An article in The Trace stated domestic assaults with firearms are more than 12 times more likely to be deadly than assaults with other weapons.

South Carolina has the highest number of women killed by men in the United States. It has finally enacted legislation limiting firearms access for domestic abusers.

You can read more about domestic assaults here on our website.

The punishment for domestic violence offense assaults in Texas ranges from a “Class C” misdemeanor, which carries a possible fine of up to $500, up to a second degree felony, with a penalty of two to 20 years in a prison and a fine up to $10,000.

There are also some defenses to domestic violence, including:

If you have been charged with a family assault, the prosecution will take it very seriously. It’s important to hire a seasoned criminal defense attorney in Austin as soon as possible. Call us at (512) 399-2311.