There has been a lot of publicity in recent years about children who have been illegally crossing the southern U.S. border, only to end up held in immigration detention centers.

The fact children have been making this hazardous journey graphically illustrates the level of fear and violence in some Central American countries and some parts of Mexico.

The ongoing housing of these children for long periods in detention centers in Texas is a matter of continued controversy as immigration officials brace themselves for another wave of arrivals this summer. 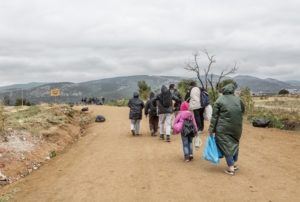 An Associated Press story in May revealed how the issue has become a matter for litigation.

Children are housed at two detention centers south of San Antonio in Texas by U.S. Immigration and Customs Enforcement. The agency appealed a ruling by California U.S. District Judge Dolly Gee in 2015 that ordered the children to be released from the centers “without unnecessary delay.”

While ICE maintains it is trying to comply with the judge’s order, a state agency has sought to have the two detention centers in Texas licensed as childcare facilities.

The move prompted legal opposition from immigrant advocate groups. Grassroots Leadership from Austin, was successful in gaining a temporary injunction that has stalled the award of a child care facility license to South Texas Family Residential Center in Dilley, a 2,400-bed facility, reported the Statesman. Another Texas detention center, the 500-bed building in Karnes City, received a temporary license in April.

Austin-based Judge Karin Crump issued a temporary injunction that prevented the Texas Department of Family and Protective Services (DFPS) from issuing a child care license to the Dilley center. The issuing of a license would have allowed standards to be lowered at the South Texas Family Residential Center which is operated by Corrections Corporation of America.

A hearing will now take place in September to decide whether the state agency has the authority to give a license to both the Dilley facility and the one in Karnes County, Texas which is run by GEO Group.   ICE detains children and mothers at both centers.

At the crux of the legal fight is the time children and their families stay in the centers. Immigrant advocate groups argue the lawsuit forms part of their broader legal attempts to get federal officials to adhere to a longstanding agreement for families and kids to be held for short periods only in centers before being released into the homes of families and friends pending their immigration hearings.  Our Austin immigration attorneys represent families who fight deportation in these circumstances.

Jennifer Elzea, a spokeswoman for ICE, said the licensing of Karnes is “an important step” to improve oversight at the center.

Courtroom battles have been waged in Texas and California. Federal officials argue the lawsuits are an added burden in their attempts to respond to another influx of immigrants that they expect to see this summer.

Facing deportation is bad enough without spending time in immigrant detention centers. If you are facing deportation, you may be able to fight it and there are options.  For more details or to make a consultation appointment, contact our Texas immigration attorneys.