A recent Supreme Court case may make it easier to deport non-citizens who are convicted of crimes after the justices ruled that a state criminal offense counts as an “aggravated felony” under the Immigration and Nationality Act (INA).

The U.S. Supreme Court decided Torres v. Lynch on May 19. The court held that a state criminal offense counts as an “aggravated felony” under § 1101(a) (43) of the Immigration and Nationality Act (INA) when the crime has every element of a federal crime that’s listed in the statute except the part requiring a connection to interstate or foreign commerce. 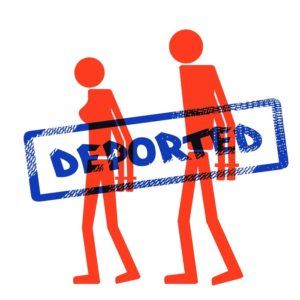 If you are not a U.S. citizen and you are charged under the INA, you are likely to be facing serious consequences. Any alien convicted of an “aggravated felony” after entering the U.S. is deportable and is barred from a number of forms of discretionary relief such as cancellation of removal. The non-citizen may be removed more quickly under expedited removal proceedings. The INA defines lists no fewer than 80 crimes as “aggravated felonies.”

The Supreme Court considered the case of Jorge Torres who arrived in the United States as a child and lived in the country as a lawful permanent resident. Back in 1999, he admitted attempted third-degree arson which was an offense in violation of New York law. In 2006, immigration officials discovered his conviction and started proceedings to remove him from the country. Torres sought cancellation of removal. The Immigration judge said he was ineligible for relief because his arson conviction was an “aggravated felony” under the INA.

The actions of the immigrations authorities seem harsh because Torres had committed the crime many years earlier, it was an attempted crime and he had rebuilt his life. Torres was sentenced to one day in jail and five years of probation. At the time of the Supreme Court hearing, he was gainfully employed and engaged to be married.

Torres had appealed to the Board of Immigration Appeals, pointing to perceived differences between his crime and the one defined under the INA. He claimed the crime “described in” 18 U.S.C. § 844(i) included a requirement for interstate commerce, while the New York statute that he violated did not.

The Board rejected his argument, saying the element of federal interstate commerce was only jurisdictional, rather than a substantive element of the crime. The board decided the substantive elements of the New York arson offense were all included in the federal crime and Torres had committed an aggravated felony under the INA.

The Supreme Court rejected the appeal and reaffirmed the government’s tough line on deportations. Criminal removal cases have been one of the centerpieces of the Obama administration’s immigration enforcement efforts. The Torres case has a potentially-serious bearing on non-citizens. It suggests the mere fact you were convicted of a state crime alone won’t prevent immigration authorities judging your crime to be an aggravated felony under the Immigration and Nationality Act, and lead to deportation years after you arrived in the United States.

If you are facing deportation, you are likely to be facing considerable stress. Our Austin immigration attorneys can help you to fight removal proceedings. You can read about some of our success stories here. Call us for a consultation at (512) 399-2311.