Texas appears to have been unsuccessful in its efforts to keep Syrian refugees out of the state, but it continues to court controversy by insisting it’s legal to conduct background checks on refugees.

Texas Attorney General Ken Paxton reaffirmed his stance that state officials can impose further security checks on refugees who move to the state, in a written opinion in May.

The opinion was issued just months after Gov. Greg Abbott wrote to President Barack Obama to inform him that Texas would not take in Syrian refugees in the light of last year’s terrorist attacks in Paris. It failed to recognize the state’s limited powers over where refugees can be placed. 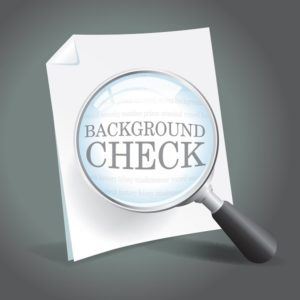 Paxton’s written opinion relating to refugee dollars warned that while state background checks do not violate federal law, they could violate the guarantee of equal protection under the U.S. Constitution if based on race or gender.

Abbott had questioned the adequacy of federal background checks to pick up terrorists who might be hiding in an influx of immigrants. Paxton said the potential security risks posed by Syrian refugees should justify additional background checks in Texas.

At Peek and Toland, PLLC, we help those who are seeking asylum in the United States. Asylum seekers and refugees must satisfy the same criteria, but refugees apply when they are outside the U.S. and asylum seekers when they are on U.S. soil. Further details are provided in this blog.

You must show you have been persecuted or have a “well-founded fear” of persecution to be accepted as a refugee or an asylum seeker.

Paxton said in his opinion that there is “no question that security concerns” can be a legitimate basis on which Texas can distinguish between arrivals who pose a heightened security risk and those who do not.

Groups supporting refugees took issue with Paxton’s stance. Rebecca Robertson with the Texas ACLU said it was based on an “irrational fear” of those fleeing the war in Syria who need help rather than discrimination.

In legal terms, the opinions of attorney generals are not binding but are interpretations of legal questions.

To date, federal judges have rejected Abbott and Paxton’s request to impose an order that would prevent Syrian refugees coming to Texas.

If you wish to apply for asylum, or you or a family member is facing an immigration issue, our experienced Austin immigration attorneys can help you. Call us today at (512) 399-2311.