Tax fraud and evasion are taken very seriously by the Internal Revenue Service (IRS). Those who commit these white collar crimes may end up with a hefty fine or a jail sentence.

These crimes don’t always make headlines unless a famous person is convicted. A case in point is home and garden guru Martha Stewart, who was forced to pay $220,000 in back taxes and penalties to the State of New York for evasion of taxes on her mansion. 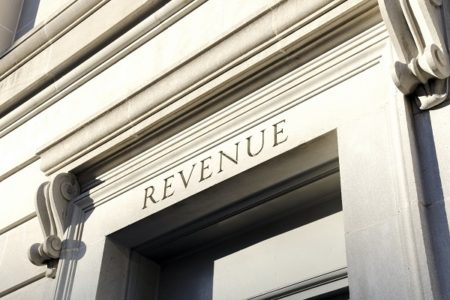 The complexity of the taxation system means there is a fine line between criminal activity and negligence when it comes to unpaid taxes.

It’s also useful to know the distinctions between tax fraud and tax evasion.

Tax fraud is a general term which can touch on a raft of laws found in Title 26 (the Internal Revenue Code) as well as Title 18 of the United States Code.

To commit fraud, the taxpayer must have shown intent to defraud the government by failing to pay taxes that he or she was well aware were lawfully due.   You can face civil as well as criminal penalties for taxation fraud.

It’s possible for a taxpayer who has committed tax fraud to face civil penalties alone under 26 USC § 6663, without being charged with the offense of criminal tax evasion.

Why It’s Difficult for the IRS To Prove Tax Fraud

The IRS faces an uphill task in proving fraud of taxes because the burden of proof is on the department to show that the taxpayer deliberately defrauded the government out of revenue. It’s not easy to prove that a taxpayer willfully intended to defraud the government out of taxation dollars, which is why the IRS often takes the civil rather than the criminal course of suing the taxpayer for unpaid taxes.

You will usually successfully avoid being charged with a crime as long as you have a reasonable argument as to why you failed to pay your taxes.

What is Tax Evasion?

Tax evasion usually results in criminal charges. In these cases, the defendant is accused of deliberately misrepresenting taxable income to the IRS.

Examples of evasion include:

2 Failing to declare sizeable additional earnings like a second job;

3 Making up false deductions or deliberately overstating them;

You should be aware that there are legitimate ways to minimize or avoid paying taxes as described in this FindLaw article.

Our Austin criminal defense lawyers help people who are charged with white collar crimes. You can find out more here on our website.

If you are facing charges of tax fraud or evasion, it’s vital to act fast so as you can make a strong case against the IRS that you did not have criminal intent. Call us for a consultation at (512) 359-3362.