We are becoming increasingly concerned about the dysfunctional nature of the H-1B visa system after the U.S. Citizenship and Immigration Services was inundated with demand for the visas for skilled foreign workers, leading to a “random selection,” process – in other words, a lottery.

These types of visas are often used by fast-growing technology companies. Demand exceeded the whole year’s mandated supply in a mere five days. 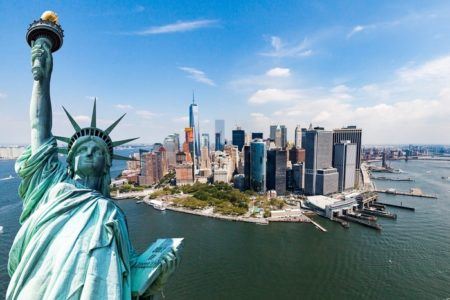 USCIS said the number of petitions it received quickly exceeded the 85,000 made available since the process started on April 1.

The chances of having your application for an H-1B visa accepted are about 25 percent, although somewhat greater under the master’s cap that applies to applicants with masters degrees.

This lottery process is far from satisfactory for applicants or employers alike. If you run an IT company, for example, in Austin, New Braunfels, San Antonio or anywhere else in Texas, you may be frustrated with the process because you have failed to obtain the skilled overseas workers you wanted to fill a skills shortage.

There are many downsides to the H-1B visa system. Even if you are successful in obtaining a visa and then make a valuable contribution to the US economy, you will have to leave after six years unless you have found a green card sponsor. There’s also a danger that the present xenophobia of some politicians against immigrants will impact the H1-B visa process by branding foreign workers as job stealers, thus making it even more difficult for companies to fill their skills gaps with overseas workers.

There is a clear need for reform and we have written previously about a bill by Arizona senator Jeff Flake to pilot a 10-year visa program for overseas workers who are less qualified than degree level.

If American companies are constrained by a shortage of skilled labor, it could affect our global competitiveness, which is why the issue of reform is so urgent and should not become embroiled in the greater immigration debate that is being fought in the Supreme Court. If you were unsuccessful in obtaining an H-1B visa this year, it’s important not to give up. The fact that the cap for FY 2017 has been met means it’s not too early to be working on an application for FY 2018. Petitions may be submitted on April 1, 2017, for employees who would be hired on October 1, 2017. To find out more about what you should be doing, follow this link.

If want to use the H-1B visa process for an overseas hire of if you are a skilled foreign worker seeking to move to Texas, it makes sense to contact a seasoned Austin immigration attorney for help in your application. Call us today at (512) 359-3362.