Immigrants who try to set up start-ups in the United States typically face masses of red tape and wading into the lengthy visa requirements needed to get on their feet. The scarcity of the in-demand H-1B visas, means the United States makes it tough for potential investors.

A recent article in Chicagoinno detailed the difficulties five foreign investors faced in setting up start-ups in the United States. They were a small sample of the many foreign investors who try, and sometimes fail, to invest in the U.S. 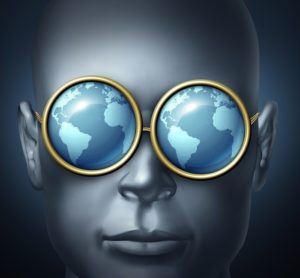 Global investors fear America has a lack of vision

They included Indian entrepreneurs Ashish Rangnekar and Ujjwal Gupta. When he was studying in Chicago, Rangnekar sought to obtain an H-1B visa to work on BenchPrep, an educational start-up. He was unsuccessful but later obtained a green card when he married his American girlfriend.

Every year, immigration services hand out a finite number of H-1B visas. There is a cap and they are very difficult to obtain. We describe how you can get ready for cap season on our website.

The Chicago article referred to the vagueness of immigration policy that contributes to “visa headache.” It quoted Rajesh Karmani, the founder of Zero Percent, a new business that connects restaurants with surplus food to nearby nonprofit organizations. He came to the United States to study for a PhD. in computer science. He spent long hours poring over immigration policy because he was not able to afford an attorney to help him, and was finally successful in getting a visa.

The entrepreneurs bemoaned the fact there is no tailor made visa available for foreign-born entrepreneurs, while legislation to make it easier for investors from abroad to start up their companies in the United States has been eclipsed by the wider immigration debate.

Founders from companies from overseas, many of whom study at top U.S. universities, lose valuable time working through their immigration applications which could better be used in setting up their businesses.

The issues faced by foreign investors, highlights the need for experienced visa application attorneys. In the cosmopolitan city of Austin, many bright students arrive at our academic institutions. They bring great ideas with them that could benefit the Texas economy.

If you are seeking to invest in the United States, there is a complicated visa system to negotiate and a number of potential visas you can apply for. Our Texas immigration attorneys can help you through each stage of the process. Please contact us to schedule a consultation with one of our experienced immigration employment attorneys so we can help you apply for an H-1B petition. Call us at (512) 399-2311.