Marriage fraud is taken very seriously by the U.S. authorities. Not only will both parties face serious immigration consequences but they may also face criminal charges. An allegation can wreck your green card claim.

Typically, marriage fraud describes a situation in which an individual who is born abroad marries a U.S. citizen or, in some cases, a lawful permanent resident, so as he or she can obtain a green card.

Every year hundreds of marriage frauds are exposed. It’s easy to see why this is an attractive option. While the process of obtaining a green card is never a simple one, the route of obtaining an I-130, Petition for Alien Relative, is comparatively straightforward. 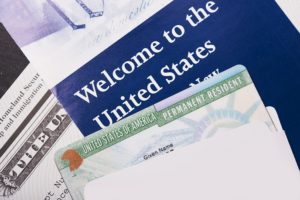 As many as one on three weddings between U.S. citizens and immigrants may be fraudulent, according to U.S. Citizenship and Immigration Services. However, this figure was based on a survey from the 1980s that has since been called into question. It, nevertheless, highlights the suspicion that USCIS harbors toward these applications and the fact that officials are looking out for irregularities. If you are suspected of this kind of fraud, you could face an uphill task in obtaining a green card. Our experienced Texas immigration attorneys can help you and anticipate potential issues with green card applications.

Immigrants who commit marriage fraud face deportation from the United States. If they are in the country on a visa, it would likely be revoked.

The sham marriage would also mean the immigrant would be unlikely to be eligible to qualify for a green card or a U.S. visa in future.

There are also criminal penalties for engaging in marriage fraud set out in the Immigration and Nationality Act section 275(c). People who are found guilty can face a custodial sentence, a fine or both. It states:

Any individual who knowingly enters into a marriage for the purpose of evading any provision of the immigration laws shall be imprisoned for not more than 5 years, or fined not more than $250,000, or both.

A U.S. spouse can face prosecution as well as an immigrant. A spouse who is a permanent resident, as opposed to a citizen, may face deportation. The highest sentences are given to people who engage in conspiracy schemes, arranging fraudulent marriages in a systematic way.

Marriage fraud can be uncovered at any phase in the immigration process. As part of the initial application for a green card, the immigration authorities will demand proof that the marriage is a valid one.

Another juncture when the authorities frequently uncover marriage fraud is two years later when immigrants must apply to remove the conditions on their residency and switch to permanent resident status.

The authorities may also look again at the validity of the union when the immigrant applies for U.S. citizenship at a later stage. Although these are the times when the discovery of a fraudulent wedding is most likely, there is no point in the process when an immigrant who commits marriage fraud is totally safe from discovery and eventual deportation.

The authorities that investigate marriage fraud have very wide investigative powers. They can ask for submission of documents and force the immigrant and his or her spouse to be interrogated during the application process. They can talk to friend and employers and even visit the couple in their home.

The 1975 case of Bark v. INS, defined the idea of marriage as a union which the parties enter with the idea of establishing a life together.

USCIS will look particularly closely at unions that were not even two years old at the time a green card is approved or when an immigrant from abroad enters the United States with an immigrant visa. Read our resources about adjustment of status through marriage here.

Given that allegations of marriage fraud can destroy your application for a green card as well as lead to criminal charges, it’s vital to contact an experienced Texas green card attorneys, if you fall under suspicion. We would be happy to help you and answer any questions you may have relating to green cards, permanent residency and charges of marriage fraud. To learn more about how we can assist you, contact us at  (512) 399-2311.