When non-U.S. citizens are convicted of crimes, they can face deportation or other immigration consequences if legal advice is suspect and their defense attorneys fail to alert them to the potential dire effects a guilty plea can have on their immigration status.

When this happens, their case can be reopened under a writ of Habeas Corpus. Our Austin criminal defense and immigration lawyers find ourselves dealing with a considerable number of these cases. If the defense attorney you hired failed to warn you of the probable immigration consequences of a conviction, your case could be reopened. 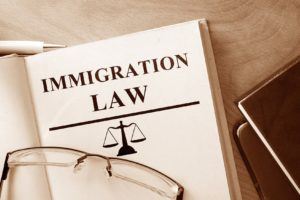 It’s only applicable to non-citizens who were convicted after March 2010, the date when a landmark ruling was made.

The U.S. Supreme Court case of Padilla v. Kentucky, concerned the professional obligation lawyers have to alert their clients about the consequences for the immigration process that flow from pleading or being found guilty.

In the case that was decided on March 31 2010, Padilla, who was a lawful U.S. permanent resident more than four decades, faced deportation after pleading guilty to drug-distribution charges in Kentucky.

He later claimed that his attorney failed to advise him of the threat of deportation before he entered the plea. He said the lawyer told him he should not worry about deportation because he had lived in the United States for such a long time. Padilla said he would not have entered a guilty plea and would instead have gone to trial had he known about the deportation threat.

The Kentucky Supreme Court denied him post-conviction relief. The justices said the Sixth Amendment’s guarantee of the right to a lawyer does not protect defendants from incorrect advice about deportation because removal from the country is merely a “collateral” consequence of a criminal conviction.

The U.S. Supreme Court overturned the ruling of Kentucky’s highest court. The justices said deportation is a “drastic measure” rather than a collateral consequence, and because it’s now almost inevitable that a vast number of noncitizens will be deported if they commit a crime, accurate legal advice is more important than ever before.

Justice John Paul Stevens wrote the opinion for the 7-2 majority. He said lawyers must give accurate advice about the deportation consequences of criminal proceedings and this forms a part of the Sixth Amendment right to counsel, in particular when the immigration law is “succinct, clear and explicit.”

The court found Padilla’s lawyer should have informed his client that a guilty plea carried a deportation risk. The fact he did not rendered him constitutionally deficient.

The U.S. Supreme Court said legal representation must fall “below an objective standard of reasonableness,” and there must also be “a reasonable probability,” that the result of the proceeding would have been different but for the mistakes.

Habeas Corpus is a fundamental concept that underpins freedom in the western world. It goes back a long time before 2010. Its origins can be traced to Magna Carta signed by the English King John I in 1215, which provided that: “No man shall be arrested or imprisoned…except by the lawful judgment of his peers or by the law of the land.

It’s a mechanism our attorneys use in cases when immigrants have not been properly warned of the possible consequences of deportation for their future. It’s used to challenge the legality of imprisonment. It has also been used very successfully by our Austin criminal defense attorneys to re-open cases after March 2010 when defense counsel failed to properly warn a noncitizen of his or her risk of deportation or future inadmissibility to become a U.S. citizen.

As Texas-based criminal and family immigration attorneys, we do a lot of work in helping to prevent deportations. We are ideally positioned to help noncitizens who continue to receive inaccurate legal advice in criminal proceedings which can drastically impact their immigration status.

Our team is standing by to help you in this complex legal area. To find out more about your rights and how the seasoned lawyers at Peek Law Group can help you and your case, contact us at F:P:Sub:Phone}.