During a speech in March in Austin, President Barack Obama claimed that illegal in the United States is lower than it has been for 40 years.

The claim earned Obama applause at a Democratic National Committee reception in Texas, but it has been subjected to intense scrutiny ever since.

The view was at odds with those of the Republicans who are vying for their party’s nomination, in particular, Donald Trump and Ted Cruz, who say immigration is a massive crisis in America. 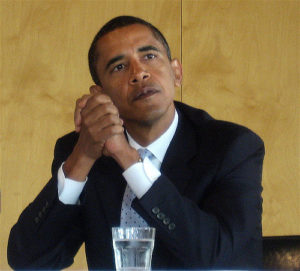 Obama’s claim was looked into in more detail using Border Patrol figures by PolitiFact and found to be mostly correct. Apprehensions of immigrants at the U.S. border reached a 44-year low in 2015. The publication stated there are about 11 million to 12 million people living in the United States without legal permission to do so. The number of undocumented immigrants has held steady in recent years.

The article concluded Obama was referring to the flow of immigrants into the country which is always a difficult trend to quantify.

Obama Highlighted the Lowest Number of Border Apprehensions since the 1970s

PolitiFact considered a Border Patrol chart that lists total apprehensions nationally since 1925. The chart stated its 2015 apprehensions were the fewest since the agency noted 302,517 apprehensions back in 1971.

Apprehensions since 1960 near the Southwest Border found apprehensions in that sector in 2015 were the lowest since 2011. Overall you have to go back to 1972 to find a year in which fewer border-zone apprehensions were recorded.

Although the figures appear to back up Obama’s claims, there are certain caveats. Border Patrol had far fewer agents in the 1970s and there were no barriers such as the areas of fencing that were erected in recent years. Before the barriers on the U.S./Mexico border, more people tried to enter multiple times.

Homeland Security spokesman Peter Boogaard replied to a request from PolitiFact. He said in 2014, there was a spike caused by the large number of families and children from Central America crossing the border. He stated.

Separately, a report on MSNBC cited a recent study by the Center for Migration Studies that estimated there were 10.9 million immigrants living in the country without authorization as of January 2016. The figure represented a 13 year low and was the first time numbers had fallen below the 11 million mark since 2004.

Although immigration appears to be declining, there are still many people arriving in this country who face a very real struggle and a long path to citizenship. At Peek Law Group , we are well versed in the complexities of immigration laws and would like to help you. Call us for a consultation at  (512) 399-2311.