Texas may be at the center of a legal battle regarding undocumented immigrants but one recent study suggests they give a sizeable boost to the economy of the state, which could face serious problems if they were deported.

Texas led the opposition of the states against President Barack Obama’s deferred action executive orders which aim to reform the present immigration system by allowing nearly 5 million undocumented immigrants to live and work in the United States and gain temporary relief from deportation. The case of USA v. Texas was heard in the Supreme Court last month. Texas is claiming it would lose more than $100 million in additional costs to process driving licenses for immigrants, reported Reuters. 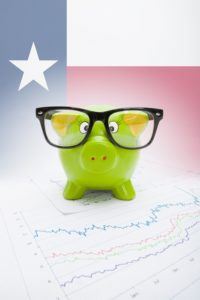 The analysis from the Perryman Group says Texas needs undocumented workers to keep its economy ticking over. It found the number of workers who lack documentation in Texas is about twice as the size of the total number of unemployed people who could work. Even if all of the people who are unemployed at present in the Lone Star State filled jobs that are now held by undocumented workers – which is an unfeasible proposition – the state would be left with a “glaring gap” equating to hundreds of thousands of workers.

The study said restricting undocumented workers in Texas would result in substantial economic losses to Texas and its businesses. The study estimated the total net fiscal effect of the state’s undocumented population results in benefits of $32.9 billion every year, specifically:

In 2014, the Center for Public Policy Priorities published a study called “Immigrants Drive the Texas Economy: Economic Benefits of Immigrants to Texas,” It considered the wider issue of immigration as a whole to the state, and pointed out that 4.2 million people, or one in six, are immigrants.

The report said about 1.7 million undocumented immigrants in the state paid more than $1.6 billion in state and local taxes as of 2010.

The lives of the undocumented immigrants in Texas remain in limbo as the Supreme Court mulls the legality of the deferred action orders. However, repeated studies have highlighted the important part undocumented workers play in the state. If the fear of deportation is hanging over you, you should consider talking to our Texas cancellation of removal attorneys.

Peek & Toland , has decades of experience in cases involving undocumented immigrants and other family immigration matters and works with clients across Texas. Call us at (512) 399-2311 for a consultation.