U.S. Citizenship and Immigration Services stated it had received enough H-1B petitions which included regular as well as advanced degree cases to reach the statutory cap for the financial year 2017 (10/1/2016 through 9/30/2017). 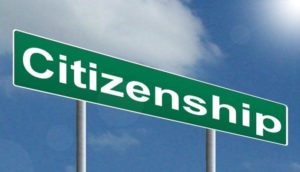 H-1B visas are for specialty occupation workers. The number of petitions has increased steadily in recent years as the country has come out of recession and more businesses have sought to bring in skilled workers from overseas.

The cap was met during the first week that employers could file their petitions for 2017. Over the next few weeks, U.S. Citizenship and Immigration Services will hold a lottery to find out which petitions will be chosen and which ones will be rejected.

The fact the cap has already been reached for FY 2017 means it’s not too early to be making preparations for FY 2018. Petitions may be submitted no earlier than April 1, 2017, for employees who would be hired on October 1, 2017.

To find out the preparations you should make for the H-1B cap season, follow this link.

Here are some of the important things you will need:

If you are hoping to hire anyone with an education from an overseas institution, you will need a credential evaluation. The H-1B visa classification requires workers you are considering hiring from overseas to demonstrate that they have obtained the equivalent of a U.S. bachelor’s degree.

A Labor Conditional Application (LCA) must be filed with the U.S. Department of Labor. This has to be obtained before you can file the H-1B petition with USCIS. You should be aware that it can take as long as three weeks to process an LCA.

There is a requirement under the LCA that the employer in the United States certifies that the overseas H-1B applicant is to be paid the prevailing wage, as set out by the Department of Labor. Serious delays can occur in the course of salary negotiations between the prospective employee and the U.S. employer.

At Peek Law Group , we are well aware of the difficulties inherent in visa applications and the delays and pitfalls of dealing with federal agencies. Our attorneys are experienced in dealing with all of the potential setbacks and are ready to answer any questions you may have about visas. To arrange a consultation, call us at (512) 399-2311.