The true value of immigrants to the creation of skilled jobs in the United States was made clear recently in a survey that found over half of the nation’s business startups were founded by immigrants.

The statistics were produced by the National Foundation for American Policy, a Virginia-based think tank that claims no political affiliation. 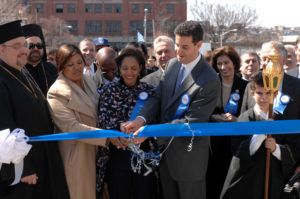 Researchers found immigrants to the United States founded 51 percent of all business startups that are currently valued at $1 billion or more.

The Wall Street Journal reported on how those 44 new companies are valued at $168 billion collectively.

The companies in question created 760 jobs each on average. That’s more than 33,400 jobs in total.  We were pleased to see that immigrants are filling responsible positions within these companies. The study found they make up just over 70 percent of “key management or product development” positions at the startups.

The foundation carried out the study in January this year when it looked at 87 American companies that are valued at $1 billion or more.

The largest number of jobs created at any of the immigrant companies was at SpaceX, which created 4,000 jobs. This California-based company makes and launches advanced rockets and spacecraft. It was set up in 2002 and says on its website it’s the only private company ever to bring back a spacecraft from low-Earth orbit.

Those featured in the survey include Jyoti Bansal, an Indian entrepreneur who founded AppDynamics eight years ago in 2008, and now provides jobs for 900 people at a company that’s valued at $1.9 billion.

The success of these immigrant-founded companies has put the spotlight on the visa system and whether it’s geared up for the creation of successful startups. The Wall Street Journal reported technology leaders including Microsoft’s Bill Gates and Facebook’s Mark Zuckerberg have called for the government to increase the number of H-1B visas that allow skilled overseas workers stay in this country. The survey counters many of the negative stereotypes of immigrants that some politicians like to depict and shows how overseas investment is creating thousands of skilled jobs in the United States.

If you or your company is seeking to apply for an H-1B visa, our experienced Texas immigration employment attorneys can help you. Call us at (512) 399-2311.