Texas has a charge of vehicular manslaughter which may be brought when a victim loses his or her life in a traffic accident.

When drivers unintentionally cause accidents that kill other drivers, the occupants of their own cars or pedestrians or cyclists, they could be charged with vehicular manslaughter.

Vehicular manslaughter is a second-degree felony offense in Texas, carrying a prison term of 2-20 years. You can read more about the offense here. 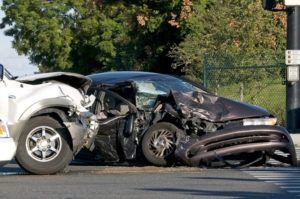 Vehicular manslaughter charges may be brought after a fatal car wreck

If you have caused a fatal traffic accident, it’s important to hire a Texas manslaughter defense lawyer because the prosecution may use one of the following methods to secure a conviction.

Vehicular Manslaughter – When a defendant has allegedly caused the death of another person by driving in a reckless manner, he or she could face a vehicular manslaughter charge. The relevant legislation is the Texas Penal Code Chapter 19.04. Recklessness is more difficult than negligence for the prosecution to establish. The driver must have been aware of a substantial and unjustifiable risk that the circumstances that led to the death existed. Alternatively, the driver must have known the result would occur but consciously disregarded it. An example would be wrong way driving or driving at a dangerous speed.

Racing on a Highway – If the defendant was taking part in a fatal, unsanctioned race, he or she can be charged with vehicular manslaughter.

Intoxication Manslaughter – Texas is unusual among states in having an intoxication manslaughter offense. It can be used if you kill someone while driving under the influence of alcohol or another controlled substance. The law requires the prosecution to prove the drunk driving was the reason for the fatal crash. Intoxication manslaughter is a second-degree felony that carries a sentence of 2 to 20 years in prison and a $10,000 fine.

In civil lawsuits, the family of a victim may lose damages if he or she contributed to the accident. The doctrine is called contributory negligence. This does not apply to criminal cases. Even if the victim was partly at fault for a wreck, the defendant may face criminal charges if he or she was also to blame.

Vehicular manslaughter is a complicated crime. It makes sense to hire a criminal defense lawyer who is well versed in this issue and the possible defenses. Call Peek & Toland at  (512) 399-2311.