The importance of businesses immigration issues was highlighted in an article by the American Bar Association.  It explained some of the most important challenges that face modern companies.

Increasing globalization has meant companies now compete on a worldwide rather than a national stage. More than ever before American companies are in a competition with overseas companies to hire the brightest talents.

The article noted many of the top performing students in the science professions at U.S. universities are from foreign countries.

It argued some of America’s immigration laws and the negative headlines are hindering U.S. firms. We are sympathetic to these arguments as a Texas immigration law firm that helps companies apply for visas for immigrant workers. 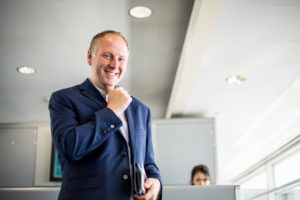 For more than a decade, employers have had to verify the identity and employment authorization of their workers through the I-9 process.

The American Bar Association noted in a change in how U.S. Immigration and Customs Enforcement or ICE has been enforcing I-9 obligations. Until about six years ago, enforcement was almost entirely through civil provisions of the law. These were not large fines, more of a “slap on the wrist” than a real punishment.

However, during the final years of the administration of George W. Bush, the focus moved to criminal sanctions against companies that hired immigrants lacking valid visas. The trend continued under the Obama administration.

No company wants to be the subject to raids by ICE investigators with all of the negative stigma that attracts.

These potential criminal sanctions can make immigration a difficult area for companies. They want the best workers but can approach these business immigration issues with trepidation. An experienced Austin immigration lawyer can help you through this minefield and help your company set up best practices to avoid a visit from the ICE agents.

2 The Requirement to use E-Verify

E-Verify is a system that has been expanded in recent years as we wrote in a recent blog. The program allows companies to obtain electronic verification from the government of the work status of a given employee. It remains voluntary for most firms but can be a useful way to finding out if you are employing an undocumented immigrant.

E-Verify is a relatively new government program whereby employers can obtain electronic verification from the government of an employee’s authorized work status. This program remains voluntary for most employers.

E-Verify is used by more than 600,000 companies and it may eventually become mandatory for all employers. Companies have to use the system in states like Arizona and Alabama. It is also required by federal contractors.

E-Verify is among the pressing business immigration issues for many employers. E-Verify allows ICE to inspect the records of an employer without notice and entails the use of a government database which may not always be accurate. There are risks as well as opportunities making this a consideration for companies that seek to hire immigrants.
3 Issues with H1-B Visa Quotas

The H1-B visa lottery is one of the biggest issues that face companies which want to hire skilled workers.

The current quotas bear no relation to the demands from businesses for skilled foreign workers. The tech industry is pushing for visa reforms to make more of these visas available.
In practice, businesses have just one day to file their H1-B petitions and demand far outstrips supply.

Companies that employ fewer skilled foreign workers also face the same quote issues as are seen with H-2B temporary visas for seasonal employees like landscapers, resort workers and hospitality workers.
If you are applying for a visa for a foreign worker it’s a very complicated and difficult process. It makes sense to hire an experienced Texas immigration attorney. Contact us here.