Teen immigrants from Central America are being targeted for crackdowns by the federal authorities. They are even being arrested when they are walking to school, according to media reports.

The teen immigrants recounted their ordeals to the 11Alive News station in Atlanta, Georgia. Our Austin cancellation of removal attorneys, are aware of similar stories across the country. 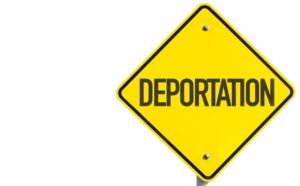 Operation Border Guardian is aimed at Central American immigrants who have just turned 18, 11Alive News reported. They came to the U.S. illegally as children and are now being lined up for possible deportation.

Although many of the teens live in the United States and go to school here, they face an uncertain future.

The report featured Pineda Chavez who recently turned 18 and faces the grim reality of being an undocumented immigrant living in the United States.

She was picked up in Atlanta and taken to a detention center in Irwin County, Georgia.

The TV reporters spoke to Pastor Larry Campbell of Corners Church of Christ in Norcross, whose church has 14 Central American families who have teenagers facing possible deportation under Operation Border Guardian. They came to the United States as children.

The deportation of teens from Central America has provoked a furor among refugee advocates who point out many of these young people fled intimidation, gang warfare and violence at home. If you flee from persecution you can claim asylum. However, asylum applications must be filed within a year of entering the United States.

In an article on March 9, The New York Times reported more than 28,800 people from Central America who had been apprehended at the border were repatriated to their countries.

In January, federal authorities rounded up 120 migrants and targeted them for deportation, sparking anger from some Democratic lawmakers and refugee groups.

The New York Times reported many of these migrants were young children. Fewer than half of them were represented by lawyers in their asylum cases. Most of the migrants are from Honduras, El Salvador and Guatemala, three of the most dangerous countries in the world.

At Peek Law Group , we are concerned about the fates of these teen immigrants who are being held in detention camps only to be sent back to danger in their home countries.

If you need representation in an asylum case or cancellation of removal, please call us as soon as possible at (512) 399-2311.