Visa fraud is a hot topic on the national immigration agenda in the run-up to the presidential election. It made headlines in August when a married couple was accused of fraudulently applying for more than 900 illegal immigration benefits.

Raju Kosuri, 44, and Smriti Jharia, 45, a married Indian couple admitted visa fraud and conspiracy to defraud the United States. They face up to 30 years in prison, Times of India reported.

The couple was indicted on April 27. The U.S. Attorney’s Office of the Eastern District of Virginia said the couple and their co-conspirators applied for more than 900 illegal immigration benefits. They used the H-1B visa program. 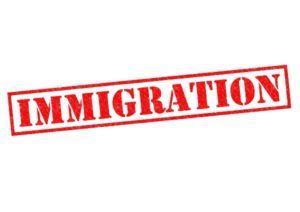 A press release from the office stated Kosuri built a staffing business. It was in effect a “visa-for-sale” operation in contravention of federal law.

H1-B visas are used to bring skilled workers to the United States from overseas. However, the system has come under scrutiny in recent years. While some tech companies want more visas, there are also moves in Congress to impose more controls over the visas. Indian workers are the largest beneficiary of the visas.

The Virginia indictment claimed The indictment alleges that Kosuri has set up a network of shell companies that he presented to immigration authorities as independent businesses in need of Indian workers, but which he, in fact ,owned and controlled.

It alleged that Kosuri and his co-conspirators used the entities to file petitions for non-existent job vacancies at Kosuri’s data center in Danville.Kosuri set up a network of shell companies. He then presented them to immigration authorities as being independent companies that needed Indian workers. In fact, he owned and controlled all of them.

Federal investigators said Kosuri and his co-conspirators used these companies to apply for non-existent vacancies for workers. The scheme netted profits of at least $20 million. Kosuri agreed to forfeit proceeds of his fraud schemes in the amount of $20,900,000.

The couple admitted to defrauding the Small Business Administration over an elaborate scheme to obtain HUBZone certification for a business.

At Peek Law Group, we are well aware of the stiff penalties visa fraud attracts. Major federal prosecutions make headlines. However, there are other cases in which visa fraud allegations are made incorrectly. When a company is applying for H1-B visas there is a lot of pressure to bring skilled workers from overseas in a short time. There are many potential pitfalls in this operation. A defendant may have made a mistake in an application that leads to suspicion and even criminal charges.

Our Austin immigration and criminal defense attorneys are prepared to help you if you face federal charges. Call us for a consultation at (512) 399-2311.