Texas’ high-profile attempts to ban Syrian refugees from settling in the state has been thrown out by a federal judge in Dallas.

The judge dismissed the state’s lawsuit in the case of Texas Health and Human Services v. United States of America which was heard in June. 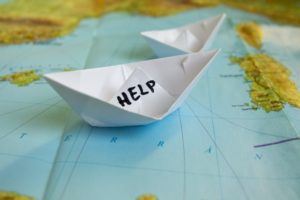 The state filed a lawsuit against the federal government and a nonprofit group that supports refugees.

Texas led opposition to the resettlement of refugees from war-torn Syria in the United States last year after the terrorist attacks in Paris.

At the time, Greg Abbott, the Governor of Texas, wrote to President Obama to inform him the state would not accept any Syrian refugees and implored him to stop plans to allow any more Syrians into the United States.

Despite the strong tone of the correspondence, the states have few powers to restrict the resettlement of refugees.

Abbott and Senator Ted Cruz said their call for a ban was based on security fears. They said they thought people with ties to terrorist organizations like ISIS were exploiting the refugee program.

In the Texas lawsuit officials claimed the State Department and other government agencies were violating the Refugee Act of 1980 because they had not consulted state officials before the resettlement of refugees. The International Rescue Committee, a nonprofit, was accused of breaching its contract with the state in the lawsuit.

Federal Judge David C. Godbey ruled the state’s claims had no legal merit. However, he did not rule on the question of whether federal officials violated the Refugee Act. A more narrow ruling found that Texas lacked the legal standing to enforce the requirement in the act for the advance consultation with states and Texas had not proved a breach of contract.

The American Civil Liberties Union claimed Texas’ lawsuit was about political posturing rather than a valid legal concern.

Ken Paxton, the Attorney General of Texas, suggested the judge’s ruling may not have put the matter to rest in a press release.

He said he was disappointed with the ruling and Texas is considering its options  to “guarantee the safety of Texans from domestic and foreign threats.”

Officials including Paxton and Abbott have questioned the adequacy of the screening program for refugees before they arrive in the United States.

President Obama has pledged to take 10,000 Syrian refugees. However, recent reports suggest the goal is in jeopardy and far fewer have arrived.

Refugees must show that they have suffered persecution in their home country or have a reason to fear future persecution to be accepted in the U.S. The same criteria must be shown by asylum seekers.

It makes sense to hire an attorney if you are seeking asylum. Our Texas immigration lawyers can help. Call us today for a consultation at  (512) 399-2311.