Texas has a reputation for taking a hard line on juvenile offenders. The state has classified 17-year-olds who commit crimes as adults in the criminal justice system for almost a century. Now there are moves to raise the juvenile criminal age.

However, the practice of treating 17-year-olds as adults has come under increased scrutiny and criticism in recent years, resulting in moves to change the law at the state legislature.

Recently, CBS revealed some lawmakers in Texas are seeking to change the juvenile age to 18. A bill was put forward this summer in the House of Representatives. Although it failed to make it into law, its proponents are going to keep on pressing for change. They say there are many valid reasons for raising the juvenile criminal age. 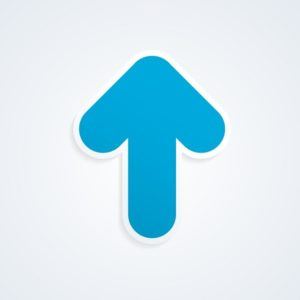 The Advantages of Advancing the Juvenile Criminal Age in Texas

The present law has been in place since 1918, but there appear to be few advantages to punishing 17-year-olds by treating them as adults. Some drawbacks include:

The juvenile system has programs that are intended to prevent recidivism that are not present in the adult system. Although the juvenile system is more costly, those supporting the bill say the change would cost the state less in terms of reoffending rates.

Adult records aren’t sealed like juvenile criminal records. When youths are caught up in the adult system, it’s harder to access services and find jobs and homes after their release.

3 Texas is in the Minority

4 The High Cost for Jails

If Texas does not change its juvenile law soon, its jails will face shelling out large amounts of money for renovations. They must meet the requirements of the 2003 Prison Rape Elimination Act. The legislation says youths must be kept away from inmates 18 and older by October 2017. The Legislative Budget Board, says the state faces the loss of almost $3 million in federal funding if it fails to comply.

Lawmakers have not yet reached a consensus. However, many of them believe the juvenile law should be changed in Texas.

Our criminal defense attorneys are well aware that being hit by charges as a young person can ruin your prospects. The situation may be even worse after incarceration in an adult jail.

If you are a teenager in the adult criminal justice system in Texas, it’s vital that you get help. Call us today for a consultation at (512) 399-2311.