In December, Adler joined 30 other executives and mayors from across the nation. Last year, they called for outgoing President Barack Obama to increase his support for immigrant families, Community Impact reported.

The leaders were all members of Cities for Action, a coalition of more than 100 U.S. mayors and county executives. They urged the President and his administration to not only continue supporting immigrant families, but to take additional steps to protect them after the end of his term on Jan. 20. 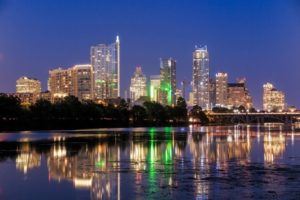 Adler said in a statement.

“As Mayor of Austin—as well as a former national board member of the Anti-Defamation League—I am proud that America cannot and will not use its power to persecute people based on their religion.”

His letter requested Obama to strengthen his support for young immigrants, so-called “Dreamers” under the Deferred Action for Childhood Arrivals, or DACA.

Obama set up the policy in 2012. It protects some young undocumented immigrants from deportation and provides eligibility for them to work.

The future of DACA remains uncertain under the presidency of Donald Trump, but it certainly makes sense for those who benefitted from the program to seek renewal of their applications.

He vowed to keep immigrant families safe. When Austin City Council officially approved interim police Chief Brian Manley last December, some council members were adamant that he should use police resources to fight crime rather than deport immigrants.

Adler is not the only senior official in Austin to vow to protect immigrants. Sally Hernandez, the new sheriff, ran her election campaign on a sanctuary city agenda.

She pledged to end Travis County’s commitment to honor “detainer” requests made by U.S. Immigration and Customs Enforcement (ICE). These requests have also come under fire in the courts.

ICE agents request county jails to hold immigrants if the feds suspect they might be undocumented.

In some cases, ICE places detainer requests without first obtaining a warrant.

Sanctuary cities do not allow municipal funds to be used to enforce federal immigration laws in an attempt to keep immigrant families together.

At Peek & Toland , our Austin immigration attorneys do everything in our power to prevent families being split up. Call us for assistance at (512) 399-2311.