Recently, Reuters reported on how Sessions is a staunch critic of the skilled worker program.

Every year, there is a scramble for the 65,000 H-1B visas made available by U.S. Citizenship and Immigration Services (USCIS) in April. The cap for the visas is quickly reached. 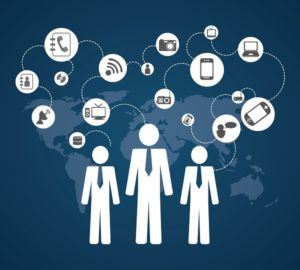 The tech industry has lobbied hard for an expansion of the program. It now faces a fight to keep it intact and to maintain the supply of foreign tech workers, Reuters reported.

Trump’s stance on H-1B visas was inconsistent during the 2016 election campaign. Sessions remains a staunch opponent.

The new attorney general tried to curtail the program and introduced legislation in 2016 aiming to make the visas less accessible to major outsourcing companies like Infosys. These companies are among the main users of H-1B visas. They provide foreign contractors to American companies.

Overseas Tech Workers May Be in Short Supply

“Thousands of U.S. workers are being replaced by foreign labor,” Sessions said at hearing in February.

The narrative that foreign workers on H-1B visas are undercutting American workers was put forward by the Trump campaign last year. There are, nevertheless, restrictions that are intended to prevent employers from using the visas to undercut local workers.

Companies that apply for an H-1B visa must file labor condition application with the Department of Labor to certify that the foreign applicant will be paid the prevailing wage, as determined by the department.

While Trump’s approach to H-1B visas was variable in 2016, his most recent pronouncement after the presidential election was worrying news for companies that hire skilled foreign tech workers.

He indicated that the visa program will come under scrutiny once he takes office.

Trump listed five executive actions he intended to take on his first day in office. They include asking the Department of Labor to investigate “all abuses of the visa programs that undercut the American worker,” Computerworld reported.

At a rally in Ohio in October, Trump declared:

The uncertainty about the future of the H-1B visa program and how it will apply to foreign tech workers makes it important to apply as soon as possible if you are seeking workers from abroad. Call Peek Law Group for help with your visa application in Texas at  (512) 399-2311.