DNA testing at the Austin police crime lab that closed down last year has been under scrutiny as evidence of outdated practices emerged. However, Texas Forensic Science Commission officials determined allegations of improper DWI blood testing at the lab are unfounded.

The investigation was important because samples from DWI blood testing provide evidence in thousands of cases. 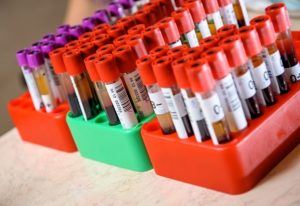 A shortage of trained staff and other concerns at the police lab in Austin led to its closure last year. Despite speculation the lab would open in early 2017, it remained shuttered.

As well as concerns about DNA analysis, the commission investigated claims by Debra Stephens, a former lab employee in December. Stephens claimed Austin lab techs were using a method to calculate results from DWI blood testing that failed to leave a wide enough margin of error. In other words, they were overstating the confidence in their results, The Statesman reported.

Last year, she told The Statesman she discovered the deficiency after she was hired to retest a blood sample in a case that challenged the Austin lab’s results. She said she reached a very different conclusion.

However, Commission officials said the complaint was not accepted for investigation. Commission member Dr. Sarah Kerrigan reviewed it. She concluded Stephens mixed up measurements in her complaint.

Despite the rejection of the complaint, concerns linger about DNA testing at the lab. It remains closed and officials are deciding how to proceed.

Earlier this year officials in Travis County district attorney’s office started the process of informing more than 2,000 defendants who were convicted of crimes that their convictions could be eligible for review.

Another report in The Statesman suggests the lab may have bucked DNA standards for years. It still received a pass.

The report cited interviews staff who worked there who said many of the lab’s problems simmered for years before its closure.

Donna Stanley, the former DPS analyst hired to start the lab up more than 10 years ago said:

“They never supported the things I needed to set up the DNA lab.”

Analysts were reported to have raised issues concerning the lab’s inadequate methods with their supervisors. The reports said they were ignored. Prosecutors and defense attorneys did not trust the lab’s results. They requested reviews of its DNA analyses.

A DNA match is seen as one of the strongest indicators of guilt. But the concerns about the Austin lab have raised question marks about many convictions linked to forensic evidence. If you are concerned about a conviction contact our Austin criminal defense team.