Our Austin immigration lawyers have written in the past about the ongoing legal battle over the housing of women and children in Texas family detention centers.

Recently, hundreds of women and children were released from Texas family detention centers after an important legal case concerning childcare facilities at the centers.

The releases were greeted as a victory for immigrant rights advocates, who argue that it’s inhumane and not necessary to lock up undocumented mothers and kids seeking asylum in the U.S.

The Texas lawsuit focused narrowly on the issues of emergency rules to allow the facilities to meet Texas’ child care licensing standards. 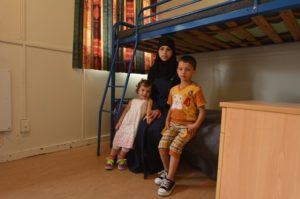 Immigration and Customs Enforcement (ICE) released more than 460 mothers and children from family detention centers in Dilley and Karnes. Austin Judge Karin Crump ruled against allowing the two privately owned facilities a state license allowing them to function as child care facilities. Her decision was appealed.

Grassroots Leadership brought the state lawsuit. On the back of the ruling immigration supporters argued there was nothing preventing the release of the remaining families.

The ruling was made in the final days of the Obama administration. Some commentators believe immigration detention centers will be increasingly used under the Trump administration.

Most of the mothers and children at the centers are from Central American countries. They are often incarcerated for months as their cases proceed in immigration court, reported the Huffington Post.

Some of the women and children are released to sponsors, often family members, so as immigration authorities are aware of their location.

ICE denied the releases of women and children in December were related to the court ruling.

Spokesman Carl Rusnok said ICE is reviewing the ruling as it relates to an operational license for the South Texas Family Residential Center. The center remains operational.

The Dilley and Karnes detention centers would be required to make sweeping changes to qualify as child care facilities under Texas law. The centers hold many families together in a single unit. The housing of children with adults they are not related to is a prohibited practice in Texas childcare facilities because of the abuse risk.

Also, under Texas law, the children’s presence at licensed child care facilities is optional, meaning they could leave. However, children are not permitted to leave the detention centers at Karnes or Dilley unless an immigration judge or ICE releases them.

Our Austin, Texas cancellation of removal lawyers can help you if you are fighting deportation. Call us at  (512) 399-2311.