Texas and other states experienced a surge in hate crimes in the days and weeks after the presidential election. However, one well-documented incident in Texas appears ton have been a hate crime hoax.

Authorities in Texas said David Williams admitted to vandalizing his own Fort Worth-area home and making it look like a hate crime.

A report on Fusion said Williams, of Denton, claimed he woke up with his wife Jenny on Dec. 12 to find the family’s vehicles on fire. Racist graffiti directed at African Americans was painted across the family’s garage. Williams and his family are white.

Williams told the Denton Record-Chronicle he believed “punk kids” committed the vandalism. The newspaper later reported Williams admitted responsibility for the incident. Jenny Williams said her husband’s head was “definitely not in the right place.” 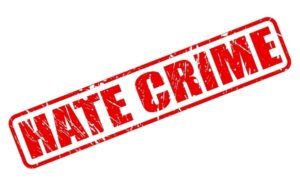 Williams faced being charged with arson at a minimum over the hate crime hoax, according to Denton Fire Department spokesperson David Hedges.

However, reports said David Williams was being held in a mental health facility. Authorities were looking at whether any other charges should be brought.

When an Offense is a Hate Crime Hoax

Although the idea of staging a hate crime seems bizarre, it’s not the only apparent hate crime hoax. There are other examples of this taking place across the country.

The incidents illustrate how false claims about crimes can be made for a variety of reasons. Sadly, in some cases the wrong people end up arrested for these crimes.

Last year the so-called “San Antonio Four” were exonerated by the Texas Court of Criminal Appeals. The four women were accused in 1994 of the sexual assault of two young girls.

In 2012, the younger accuser recanted her story. It appears the girls were pressurized to invent the story by a family member.

More false claims concern sexual offenses than other crimes. Recently, Bloomberg reported how statistically between 2 percent and 8 percent of all reported rapes are found to be false.

The issue came to the fore over the recent controversial report by Rolling Stone about a rape at the University of Virginia that was later discredited. However, only about 40 percent of rapes are reported.

The Bloomberg article pointed out that means for every false accusation of sexual assault, about 100 rapes are committed.

If you have been charged with an offense such as a hate crime or a sexual offense, witness evidence may be flawed. An experienced Austin criminal defense lawyer can exploit weaknesses in the prosecution case. Call us for a consultation at F:P:Sub:Phone} and read about our credentials on our website.