The governor has aimed his comments at new Travis County Sheriff Sally Hernandez who has imposed a policy would limit compliance with federal immigration authorities in Austin.

Hernandez said she would restrict her staff’s compliance with federal detainer requests to hold undocumented prisoners. 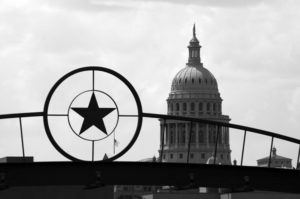 The sheriff ran for office on a platform that included limiting compliance with these requests. U.S. Immigration and Customs Enforcement (ICE) officials make detainer requests of jails when they ask local law enforcement officials to hold inmates who may be illegally in the United States.

Detainer requests are sometimes illegally placed and done so without a warrant.

Hernandez’s stance is consistent with the policies of a sanctuary city. Austin’s police also have a policy not to ask people who are arrested their immigration status.

Abbott told Fox News he and other lawmakers will seek to push through new rules to remove Texas sheriffs from office if they don’t cooperate with federal immigration officials over the handling of individuals who are thought to be undocumented immigrants.

Abbott previously warned he will strip state grant funding from Travis County if Hernandez does not change tack. However, the sheriff remains defiant, according to media reports and has gained a national profile in the contentious immigration stand-off with the federal government.

The governor warned Texas sheriffs would also face criminal and civil penalties if they did not comply with detainer requests from ICE.

One opponent of the policy is Congressman Lloyd Doggett. He told The Statesman Abbott’s proposal was unlawful and neither the governor or the legislature has the authority to remove an elected sheriff from office.

Hernandez will honor detainers requests only in cases in which a suspect has been charged with a serious offense like murder, human trafficking or sexual assault. Federal agents obtain a court order or an arrest warrant.

Our Travis county immigration attorneys work hard to keep families together. If you have been hit with a detainer request, you may have rights. Contact us here for help.