Immigrant children who are abused have been afforded protection thanks to U-visas since 2000. However, that changed last year in Texas when Child Protective Services stopped issuing them.

To make matters worse CPS did not inform those involved in immigrant child protection, reported KXAN.

U Nonimmigrant Visas (known as U-Visas) were implemented in 2000 under the Victims of Trafficking and Violence Protection Act. The U-Visa program allows immigrant victims of crime to remain in the United States for up to four years. Their family members are eligible to apply for a green card.

U.S. Citizenship and Immigration Services defines U-Visas as visas for those who suffered mental or physical abuse. They help law enforcement or government officials to prosecute or investigate criminal activity. 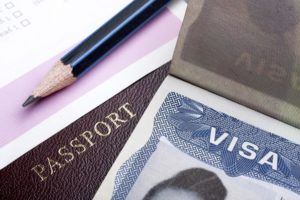 Texas CPS decided to stop issuing U-Visas last April. The immigrant support network American Gateways said it was not informed of the decision.

“The fact that they are stopping these certifications means that there are thousands of children that won’t get an immigration benefit and won’t get protection that they really deserve.”

She said the fact CPS had not talked to any of the agencies working with immigrant children about its decision is disturbing.

The Department of Family Protective Services maintained its decision formed part of a routine review and was not related to immigration.

A 2010 report from the Center for Public Policy Priorities (CPPP), stated undocumented children in state care are “more than five times as likely to come into care for sexual abuse.”

Texas Child Protective Services has been criticized for years for being underfunded and failing children it is charged with keeping safe.

The report stated more than 2,800 children at high risk of neglect or abuse were ignored for weeks by state employees. There were reports of dozens of children being killed in foster care.

U-Visas are intended to protect immigrant victims of crime. They are also meant to help law enforcement officers investigate crimes in a sector often unwilling to testify due to their undocumented status. It’s a concern when state agencies retreat from a program of this nature.