President Donald Trump pledged to defund sanctuary cities that protect undocumented immigrants, during the election campaign. However, he has been less vocal about sanctuary campuses.

However, a Republican representative recently filed a bill that would cut educational grants to universities and colleges that don’t cooperate with information requests from immigration officials. 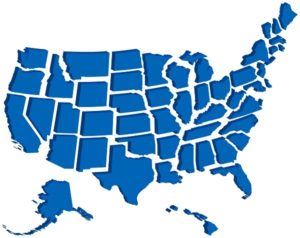 Sanctuary campuses can be defunded

A report on Breitbart said the legislation would require educational entities to comply with any lawful requests from U.S. Immigration and Customs Enforcement (ICE). Federal funding would be withheld from any entity that refuses to comply with federal immigration enforcement demands.

Harris said any university that failed to comply with ICE requests should be denied federal funds until it comes into compliance.

Abbott said in a tweet he will cut funding for state campuses that fail to comply with federal requests over immigration.

The governor’s threats did not prevent students at the University of North Texas, Southern Methodist University and Texas Woman’s University from mobilizing to join the sanctuary campus movement. A UNT petition gathered more than 700 signatures.

Sanctuary Campuses Take Off In the United States

In the wake of the election of Donald Trump as president in November, there have been calls for sanctuary campuses across the country including at Texas State University.

The Chicago Tribune noted how college administrators in New Mexico are looking at protections for undocumented immigrants. New Mexico has the highest percentage of Latino residents in the country.

Even Trump’s alma mater, the University of Pennsylvania, renewed a pledge to block federal agents without a warrant from taking away its students who are in the country illegally.

The University of California has also highlighted measures to protect students in the country illegally. It will not help federal immigration agents or provide confidential records without court orders.

The sanctuary campus movement follows a campaign trail pledge by Trump to end an executive order granting temporary status to undocumented immigrant students. He also said he will launch a “deportation force” and deprive federal funding from sanctuary cities.

At Peek Law Group , we help undocumented immigrants in cancellation of removal actions. Please call us for assistance at  (512) 399-2311.