In past years, courthouses have been places where defendants were shielded from raids by ICE agents. However, a series of immigration arrests at courthouses has put the federal government on a collision course with judges.

The officials defended the practice after California’s top judge asked them to desist. 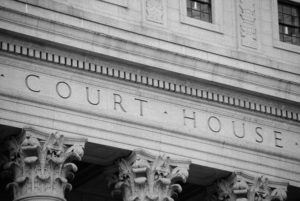 immigration arrests in courthouses cause an outcry

She said “stalking” immigrants was thwarting the administration of justice.

Sessions and Kelly went on the offensive over Cantil-Sakauye’s terminology. In a letter, they wrote that “stalking” is a crime in which a victim is harassed or followed.

Sessions and Kelly took issue with state and city policies that prevent local police from turning over suspects for deportation. These policies are consistent with so-called “sanctuary cities.” The officials said the lack of cooperation with federal authorities compels federal agents to arrest immigrants at courthouses.

The letter said courthouses are safe places for immigration arrests because all visitors are screened for weapons.

“While these law enforcement personnel will remain mindful of concerns by the public and governmental stakeholders regarding enforcement activities, they will continue to take prudent and reasonable actions within their lawful authority to achieve that mission.”

The response highlights a national struggle between local police and immigration officials. Cities such as Austin have refused to cooperate with ICE detainer requests to hold suspected undocumented immigrants who commit crimes in jails. In Austin, it’s police policy not to check the immigrant status of an arrestee.

Immigration Arrests at Courthouses in Texas

The arrest of a transgender woman who claimed to be a victim of domestic violence by ICE agents at a court house in El Paso in February, caused an outcry.

ICE agents followed the woman into the hallway after the hearing. They arrested her and she was taken to an immigration detention facility.

Bernal said an immigration arrest had not happened in the two decades she has worked in El Paso courthouse.