The first few months of the Trump administration saw a series of high-profile immigration raids by ICE agents across Texas. In March, U.S. Immigration and Customs Enforcement agents arrested 153 people in central Texas.

It was not the first series of raids in and around Austin, raising concerns the state capital is being targeted due to its sanctuary city status.

The Statesman reported 24 people suspected of being in the country illegally were detained by the Austin/Waco field office.

ICE provided details of the 12-day operation that lasted from March 20 to 31. The agency said all of the undocumented immigrants arrested had previous criminal convictions.

The operation was the second one ICE carried out in the area this year. In February, ICE agents detained more than 50 people in the Austin area as part of a nationwide operation. 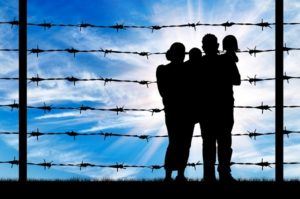 Those picked up in the March sweep included foreign nationals from five countries. Reports said 140 people from Mexico were picked up along with seven undocumented immigrants from Honduras, three from Guatemala, one from El Salvador and two from Canada.

Federal officials said 33 of the people who were picked up will face criminal prosecution on charges of re-entry after deportation.

The increased frequency of raids resulted in an upsurge of advice to undocumented immigrants about what they should do if ICE agents come knocking.

What You Can Do to Avoid ICE Agents Arrests

Roundups of undocumented immigrants across the United States prompted immigrant rights groups to provide advice on social media to people caught up in raids.

The American Civil Liberties Union (ACLU) advises undocumented immigrants not to open the door unless the ICE agents can show a warrant signed by a judge.

ICE administrative warrants do not permit agents to enter a home without the consent of the residents. Inhabitants should ask through the door why the agents are present and request an interpreter if they need one, reported USA Today.

If an ICE agent lacks a warrant, the undocumented immigrants should ask the agents to leave information outside.