Immigrant doctors have been caught up in the ongoing immigration crackdown and moves to impose travel bans across the United States.

In Texas, a husband and wife team of doctors from Houston came close to deportation, even though they were legally in the United States.

The New York Daily News reported on the ordeal faced by Dr. Pankaj Satija and his wife Dr. Monika Ummat. 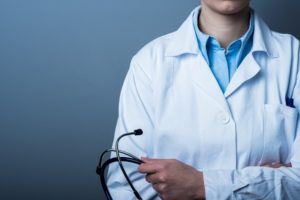 Satija is a highly qualified neurologist. He’s also the founder of the Pain and Headache Centers of Texas. He is reported to perform about 200 operations per month.

Ummat is also a leading neurologist. She treats epileptic boys and girls at the Texas Children’s Hospital. They have children aged seven and 4. The children are U.S. citizens by birth.

The doctors are living and working legally in the United States. They arrived in Texas in 2002 to do research and complete medical residencies as well as fellowships at leading American universities.

Satija’s employer-sponsored him for permanent residency a decade ago. The New York Daily News said the massive backlog which is particularly large for Indians means they were granted provisional status. They renew it every two years.

The doctors’ achievements cut little ice with immigration officials. In the spring, they were told they had 24 hours to pull their children out of school and leave the United States for India.

They were informed a new policy would prevent them for extending their temporary permission as they awaited permanent residency status.

When they returned to the United States, U.S. Customs and Border Protection apprehended them at Bush Intercontinental Airport, because their travel documents had expired.

They were allowed to enter the United States temporarily. However, immigration officials told them they had a week to get out of the country in March.

The doctors managed to fight the removal. The Houston Chronicle reported they were lucky to have good connections including skilled immigration lawyers, support from the local medical community and access to the local media. They were assisted by the offices of U.S. Sen. John Cornyn, R-Texas, and U.S. Rep. John Culberson, R-Houston.

Many of those caught up in the present immigration clampdown are doctors. Overseas doctors make up as much as 50 percent of physicians in some specialties. If you are facing removal from the United States, our Texas cancellation of removal lawyers can help you. Please contact us here.