Over the past few years, we have heard about many alleged instances of teachers being involved in improper conduct with a student. The rise in these kinds of offenses was the catalyst for new legislation in the Texas Legislature.

In a recent case, the Lockhart Police Department accused a female teacher at Lockhart High School of being involved in improper conduct with a student.

A report on CBS Austin said Sarah Madden Fowlkes, a 27-year-old teacher, was charged with having an inappropriate relationship with a 17-year-old male student at the school in March. 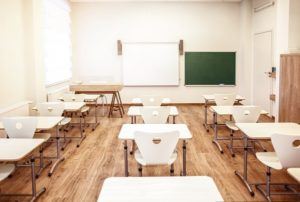 The report said police claimed the male student has been in contact and messaged Fowlkes. They claimed the teacher took part in sexual contact with the student.

This was not the first report of a teacher being involved in improper conduct with a student in Texas in recent months. Data from the Texas Education Agency (TEA) highlighted a 53 percent rise in these kinds of relationships in the last seven years.

Lt. Gov. Dan Patrick requested lawmakers to bring in new legislation to tighten up the rules relating to inappropriate relationships.

In March, the Senate passed legislation that would hit school principals and superintendents who fail to report relationships between teachers and students with criminal charges.

Sen. Paul Bettencourt, a Republican from Houston, introduced Senate Bill 7 in response to the relentless rise in Texas teachers found to be in sexual relationships with their students.

In the 2016 financial year, Texas Education Agency opened up 222 investigations of teachers allegedly involved in Improper Conduct with a Student.

Bettencourt said he was concerned that many of those teachers remain in the Texas educational system after their criminal behavior is discovered. School superintendents or principals are failing to report their transgressions to the TEA, Bettencourt claimed.

The legislation is intended to end the practice of school boards quietly firing teachers found to be in inappropriate relationships. Legislators say they often find work at other school districts.

Under the bill, administrators who fail to report teacher misconduct could be charged with a Class A misdemeanor. The intentional non-reporting of an offense could lead to a state jail felony.

If you are a teacher who is accused of inappropriate conduct with a student, you are likely to be facing damaging headlines, the end of your career and possible incarceration. However, in some cases, false allegations are made against teachers who are vulnerable. Please contact the Austin criminal defense attorneys at Peek Law Group if you need representation.