The Texas Bathroom Bill has made lurid headlines and promoted revisions as it progressed through the legislature.

However, the Bathroom Bill remains as confusing as it is controversial. Recently, an article in the Texas Tribune sought to explain it.

The Texas bill follows similar legislation in North Carolina. However, that state revised its bill while it was being discussed in the Texas legislature.

The bill also appeared to be languishing in Austin. It was under fire both from the LGBT community and business leaders who feared it would harm the economy of Texas.

However, in April the Senate rushed to approve the bill mandating that transgender Texans use public bathrooms corresponding to their birth certificate gender after an intervention by Governor Greg Abbott. 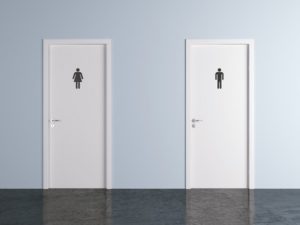 Abbott gave his support for the bill after the House said it would set aside the Senate’s bill. The House instead wanted to advance a bill prohibiting policies that sought to protect transgender rights in public bathrooms. Legislators did not specifically address birth certificate gender.

The changed bill in Texas remains controversial. An article on KUT.org compared the bill in the Lone Star State with North Carolina’s.

The bill in Texas regulates bathroom use in public facilities on the basis of “biological sex” as listed on a user’s birth certificate. The legislation would ban a majority of transgender people in Texas who have not amended their birth certificates from using a bathroom that matches their gender identity.

Both Texas and North Carolina base their bathroom regulations on “biological sex.” However, in a recent retreat in North Carolina, the language was changed to no longer specifically prohibit people from using a bathroom that aligns with their particular gender identity.

The North Carolina law no longer contains specific regulations that would regulate the bathroom transgender people are allowed to use. However, it still prevents localities drawing up bathroom policies, leaving the regulations to the state.

If the bathroom bill becomes law in Texas, there are many questions about how it would be enforced. The law sets out civil rather than criminal sanctions.

For instance, Under SB 6, the office of the Texas Attorney General would be able to investigate bathroom policy complaints against school districts or other governmental entities and decide whether to pursue related civil penalties.

Some checked with their attorneys to determine whether they could arrest an individual who used the incorrect bathroom. Although the bathroom legislation was a civil law, some police discretion was inherent in it. Many departments said they would not enforce it. The Texas Bathroom Bill contained many uncertainties.

If your rights have been violated by the police or if you feel you have been wrongly arrested, it’s important to retain an experienced Austin criminal defense lawyer. Call us at  (512) 399-2311.