In January, Harris County sheriff’s deputy Andrew C. Sustaita was charged with obscenity after he allegedly posted video of himself performing a sex act with an animal. He was not charged with bestiality because the crime is not on the statute books in Texas.

That may change with the recent filing of a bill by State Representative Carol Alvarado.

A report on CW39 stated Texas is just one of seven U.S. states that lack a specific crime for bestiality. 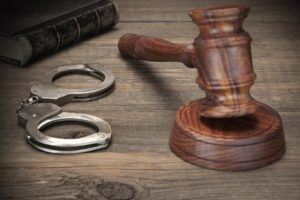 Bill would make bestiality a crime in Texas

Alvarado filed House Bill 1087, which would make any sexual contact with an animal a felony. When the animal suffers a serious injury or is killed during the sexual act, it would become a second degree felony, the report stated.

Alvarado said she was taken aback that Texas lacks laws regarding bestiality after the omission was brought to her attention by the Texas Humane Society.

The lack of a specific bestiality law mean prosecutors end up getting creative with these offenses. It can be a challenge to bring charges. Deputy Sustaita is accused of having sex with a small dog. The charge was filed under the Texas obscenity statute. Prosecutors can also bring charges of animal cruelty or public lewdness. However, prosecutors say these lack the kind of penalties they believe are fitting for the offense.

“Law enforcement testified very positively on the bill at our meeting. Both the officers and prosecutors want this because their hands are tied.”

Her bill would simplify the process for prosecutors. It would also provide law enforcement with the tools to investigate and break up organized groups who take part in large-scale bestiality rings. Officers would be given the power to apprehend and arrest anyone caught trafficking of animals for bestiality or setting up a location for people to take part in the act. Facilitators of bestiality would be prosecuted in the same manner as those who took part in sex acts with animals.

Conviction would leave offenders facing up to two years in prison, if the bill becomes law in Texas. Additionally, a judge could force a perpetrator to hand the victimized animals over and mandate offenders to take part in psychological counseling as a condition of probation.

Alvarado said earlier this year bestiality is a widespread problem across Texas. She was confident her legislation would be backed by the Texas House and Senate.

Sexual offenses carry a great stigma in Texas and elsewhere and stand to ruin a defendant’s reputation. If you have been charged with an offense of this nature call our Texas criminal defense team at (512) 399-2311.