Many people are unaware that religious workers can qualify for short-term R visas to work in the United States.

According to U.S. Citizenship and Immigration Services (USCIS), an R-1 visa holder is a foreign national who arrives in the United States to be employed as a minister or in another religious vocation on a temporary basis. It’s a short-term visa. The religious workers who benefit from R visas must work at least 20 hours a week. They must be employed by: 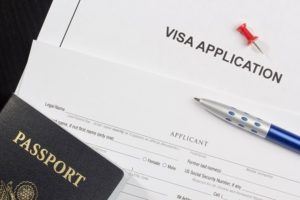 R visas were set up under federal law in the Immigration and Nationality Act I.N.A. § 101(a). While many visas have quotas, there is no annual limit on the number of people who can receive these visas.

Spouses or unmarried children under 21 of R-1 visa holders may qualify for an R-2 visa to join the religious worker over the duration of his or her stay in the United States.

There is no cap on the number of annual visas issued under the R-2 category.

To obtain an R-1 visa, your parent or spouse has to be a qualifying religious worker who has been a member of a legitimate religious denomination for the previous two years.

Applying for visas requires mountains of paperwork and can be overwhelming. Our Austin visa attorneys can take the burden off your shoulders.  Call us at  (512) 399-2311.